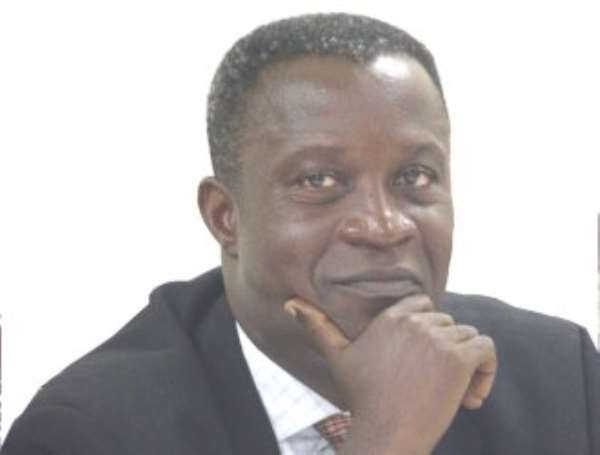 With the year 2006 experiencing the most intense and widespread worker agitation for improved conditions under the Kufuor administration, dailyEXPRESS sorties at the finance ministry have confirmed that the 2007 budget will announce the establishment of an Independent Wages & Salaries Commission.

The Wages & Salaries Commission will be tasked to (constantly) deal with all issues relating to public sector workers' salaries and wages.

The budget and financial estimates for the next fiscal year will be presented to parliament by Finance minister Kwadwo Baah Wiredu on Thursday and your authoritative dailyEXPRESS can confirm that the minister will be spelling out in greater detail, how government intends to correct distortions and inequalities in salaries.

With the health workers group still reminding government of unfulfilled promises, graduate teachers of the National Association of Graduate Teachers (NAGRAT) and disgruntled members of the Ghana National Association of Teachers (GNAT) still on strike, government is hoping to reassure them of its commitment to resolving issues of public sector wages with the 2007 budget.

The budget is about to be read just days after the announcement of a further drop in the country's inflation rate to 10.5%. That drop should bring good news, but deputy finance minister Dr. Anthony Akoto Osei in an interview said that the current energy crisis and the wage difficulties are challenges that have to be confronted.

Accordingly, the 2007 budget would also outline government's efforts and plans to resolve the energy crisis. The budget statement will detail alternative sources of energy rather than the reliance on expensive hydro and thermal sources.

The finance minister will also announce how much of government's projected revenue will be invested to provide such energy alternatives.

dailyEXPRESS gathers from its enquiries that budget would also reveal government intention of formalizing the export of essential services to 'needy' countries in order to rake in much needed foreign exchange. Accordingly, a significant portion of the 2007 budget will outline how government will go about exporting health, education and peace keeping services.

Government is hoping to take care of the gap between expenditure and domestic revenue (16 trillion cedis) through loans and grants from development partners.

Another major highlight of Thursday's budget statement will be an attempt to address the 5.8% Gross Domestic Product growth target set in this year's budget. Finance ministry sources however say, government is confident that by December, the projected growth target will be met.

The budget will also provide details of government's own assessment of the capitation grant and the National Health Insurance Policies in order to fine-tune them for a better and greater impact.

Like previous ones though, a significant portion of this year's budget will tabulate government's achievements in all sectors of the economy over the past year.

Our sources at the finance ministry say the main focus of next year's budget will however not change much from that of 2006, with 'good governance, human resource development and private sector development' still the pillars of the budget.

This year's budget was christened a “Good News Budget” by Mr. Baah-Wiredu and he will be seeking to justify why he labeled it as such by telling Ghanaians how good the budget has been and how their lives have changed within this year.