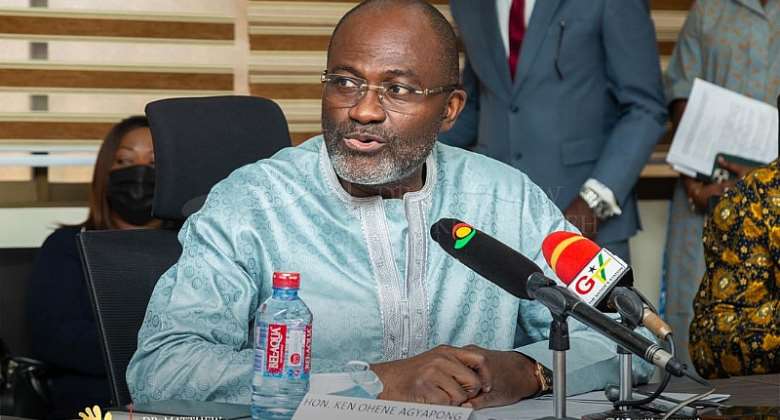 Kennedy Ohene Agyapong, NPP Member of Parliament (MP) for Assin Central has advised his party members on how to retain power in the 2024 general elections.

He advised the party to disregard anything that could cause division within the party and work together to make their popular "breaking the eight" agenda a reality.

Speaking to some party members in the Ashanti region, the aspiring flagbearer emphasised that the NPP lost most of its seats in the 2020 elections due to minor issues within the party.

“If NPP will break the 8, we need unity in the party. It is very very important but it looks as if we don’t learn. We don’t learn in the sense that we have 160 Parliamentarians but because if you internal struggles we lost most of the seats,” he advised.

Mr. Agyepong cautioned the party not to give room for such tribalism again.

According to the legislator, he doesn’t mind supporting the Vice President, Dr. Mahamadu Bawumia to win the presidential seat in 2024 in case he (Kennedy Agyapong) loses the internal elections.

To the party members and executives, Mr. Kennedy Agyapong assured, “If I win the flagbearership, I’ll need your help before I can sail through and therefore I don’t need to antagonize you.”