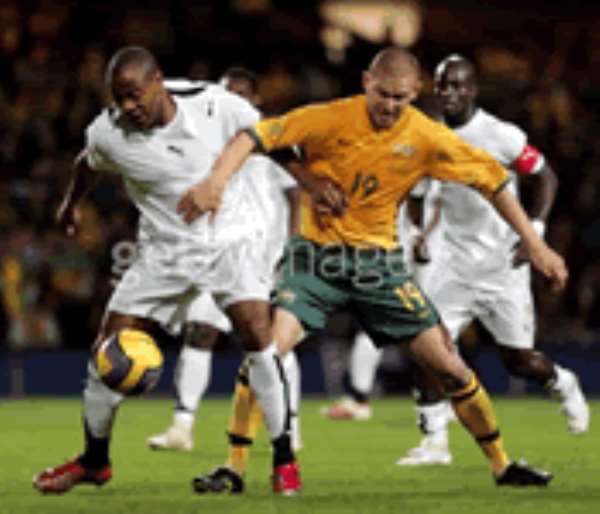 Le Roy has been in charge of the Black Stars for three high profile international friendlies and has bagged seven out of a maximum nine points.

Nyantakyi who spoke after the Black Stars held the Socceroos of Australia to a pulsating one-all game on Tuesday night at Loftus Road, London, said Le Roy has in the short time that he took over the Stars job proven himself a good coach.

“The works of a good coach are seen behind the scene, not really seen working on the field. I know the kind of things he does at training, before matches, the pep-talks that he gives, the interaction with players, his rapport with players and the technical instructions that he issues out to the team.

“You saw the output in the second half, the substitutions that were made. I have no doubt whatsoever that given the needed support Claude Le Roy is the man to carry us to the Promised Land.”

Le Roy led the Stars to the conquests of Asian powers South Korea and Japan, and on Tuesday tackled Australia with a reshuffled team playing players out of position as a result of injuries to key players.

The Black Stars had to rally from a 27th minute goal deficit to hold the Socceroos after forward Junior Agogo (Nottingham Forest, England) tapped in a spilled ball from three yards in 75 minutes.

From a throw-in effected by Laryea Kingston, substitute Asamoah Gyan floated an in swinger into the Australians' vital area and as it arced dangerously across goal, keeper Mark Schwarzer clashed with one of his defenders and spilled the ball into the path of Agogo who had the easiest task of tapping it in.

Nyantakyi after the match said it was part of preparations for the CAN 2008 to be hosted by Ghana and hoped it offered the team and its handlers enough food for thought.
He said while the game exposed some strengths of the team, it also did same with lapses particularly in central defence where injuries took away the regular pair of John Mensah and Shilla Illiasu for gave way to Francis Dickoh and Eric Addo.

Over all though, Nyantakyi believed the team was “growing from strength to strength.”

Skipper Stephen Appiah, earning his 50th cap in Black Stars shirt, conceded that the team warmed too slowly into the game but was happy that the team clicked when it decided to play.

“It is a lesson and next time we will not do that again.”

Junior Agogo was himself very happy for fetching the equaliser, describing it as the fruit of instructions from his coaches.

In the match, Peter Ofori Quaye, who made a return to the Black Stars side after almost five years absence, put up a strong case for further invites with an impressive output.

No locally based player featured in the Tuesday game.