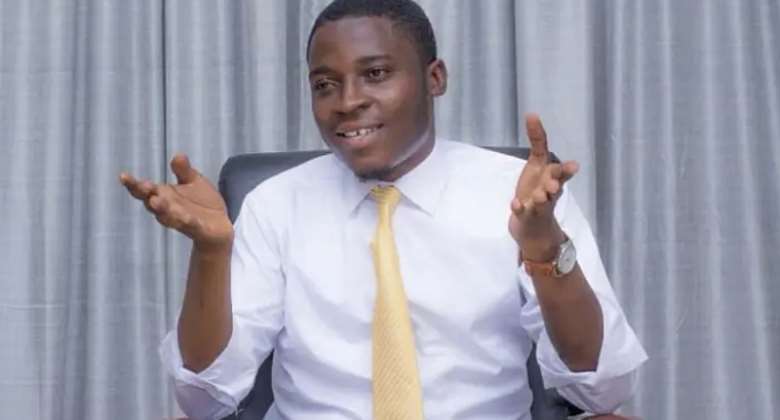 Deputy National Youth Organizer of the NDC, Edem Agbana has waded into the alleged maltreatment of Kwaku Rafik by personnel of the National Security.

A man identified as Seth Asante Asiedu, aka Kwaku Rafik, was reportedly picked up in the early hours of Thursday, December 1, at his home in Amasam, Accra, following his allegedly anti-government posts, which ends on Wednesday, November 30.

According to reports, the numerous tweets, are allegedly considered “harsh" on government by the National Security.

In some of the tweets, Kwaku lamented the frequent downgrades of the country’s credit ratings.

"Investment firms are struggling; do you know who is next? I believe commercial banks.

"It will be difficult for them to pay depositors. Moody's has downgraded major banks in Ghana because of their risk levels," he tweeted on November 6.

He also waded into the recent contentions about some MPs and ministers chilling in Qatar while the country’s economy keeps sinking.

"And so they left official duties to watch the World Cup. Really? A caring government indeed," one of his tweets on Wednesday, November 30.

In another post Kwaku Rafik tweeted, "Pray for Ghana. The family-run government is hell-bent on destroying our future."

Edem Agbana, who joined scores of Ghanaians calling for the release of Mr Rafik on Twitter, described the action as "absurd," adding that the security agency must also arrest them all (everyone who criticises the government, including himself).

“The absurdity of this government knows NO limit. National Security must arrest us all,” he tweeted.

Election violence in Nigeria's south east is threatening to ...
42 minutes ago