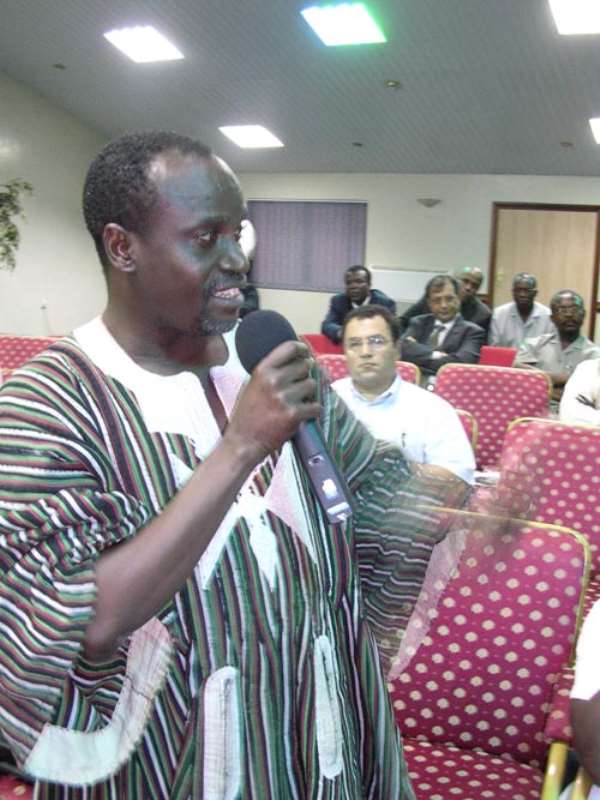 A Legislator and some captains of labour, industry and civil society have called for more incentive packages for the private sector in the 2007 Budget Statement and Monetary Policy of the government to enhance employment generation in the country.

According to them, a further reduction in taxes on industry and the provision of a reliable energy supply in the system would guarantee the private sector the free will to expand businesses and hire more hands to work, adding that measures to maintain a stronger micro-economic environment would be a plus.

The Executive Director of the Ghana Employers Association (GEA), Mrs Rose Karikari, the Executive Secretary of the Ghana National Chamber of Commerce and Industry (GNCCI), Mr Sal Doe Amegavi, the Director of Research of the Institute of Economic Affairs (IEA), Dr Kwabena A. Anaman, and the National Democratic Congress (NDC) Member of Parliament (MP) for Nabdam, Mr Moses Asaga, made the call in separate interviews about their expectations in the 2007 budget which is expected to be presented to Parliament on Thursday.

They praised the government for its efforts to create jobs but indicated that with the private sector classified as the engine of growth, it had the potential to lead the way in creating more jobs for the people.

They noted, however, that the call for tax incentives should not be misconstrued for a request for more tax holidays, adding that efforts needed to be put in place to ensure that the tax net was widened to rope in more people, particularly from the informal sector.

Mrs Karikari said many in the private sector had shied away from setting up industries because it was expensive to run them, adding that "this situation has forced them to go into tradin".

She described that as dangerous for the economy and called for urgent measures to discourage such practice.
"I expect from the budget that more incentive packages in the form of tax reductions will be laid bare to entice existing industries to grow or for new ones to crop up," Mrs Karikari said.

"A governmental measure which could help in boosting Ghanaian competitiveness will be no duty on raw and packaging materials and production equipment which cannot be sourced from Ghana or within ECOWAS,"she added.

"The budget can be discriminatory when it comes to the fixing of taxes and duties on products and services which will grow local industries in the country, without infringing on the rules of international trade organisations," she noted, adding that "this method is used elsewhere and we can also do the same to protect our industries”

Mrs Karikari also called for the establishment of an authority or council which would be responsible for manpower planning.

She said although the sector ministry for labour was doing its work, an authority on labour could help collate better data which could be relied upon by local and foreign investors.

On his part, Mr Amegavi said the GNCCI was appreciative of the government’s ability to hold tight its micro-economic policies, which saw inflation rates getting lower.

As of the end of 2005, inflation was pegged at 9.9 per cent, rising to 10.5 per cent as of the end of the third quarter as a result of some external shocks, the main being increases in crude oil prices and the energy problems in the country.

But Mr Amegavi said because of proper focusing, the rate of inflation had been kept at a manageable level.

He, however, indicated that the chamber would want to see measures which would bring interest rates, which presently hovered around 22 and 28 per cent, down to a single digit because that would make borrowing cheaper for the private sector, since it would give it the free will to expand.

Mr Amegavi said the chamber expected the budget to further increase the threshold of withholding taxes from ¢500,000 to ¢5 million, adding that companies which had been set up to carry out research and development should also be given some tax relief.

He called for macro-economic reforms, such as improvement in conditions for doing business by the private sector to create more jobs in the informal sector and a wage overhaul for public sector workers.

He also mentioned the need for the government to enhance its decentralisation policy to develop village and town councils within the district assemblies to accelerate economic growth.

The MP for Nabdam, Mr Moses Asaga, said he expected the allocation of more resources for the payment of wages and salaries to be a key factor of this year’s budget, reports Emmanuel Adu-Gyamerah.

He said that had become necessary because of the recent agitation by workers, especially teachers and health workers, for better conditions of service.

Mr Asaga, who until recently was the Minority Spokesperson on Finance, told the Daily Graphic that the government would create a problem for itself in its attempt to satisfy everybody.

“I also foresee an attempt by the government to put in policies to enable it to achieve an appreciable growth rate so as to push the country towards its vision of a middle-income level status,” he said.

Mr Asaga, who was also a Deputy Minister of Finance in the NDC administration, said he also expected the budget to deal with the poverty situation facing the country.

On energy, the MP criticised the government for not doing well within the past six years and said he expected some measures in the 2007 budget to mitigate the current energy crisis.