When the Chickens Come Home to Roost 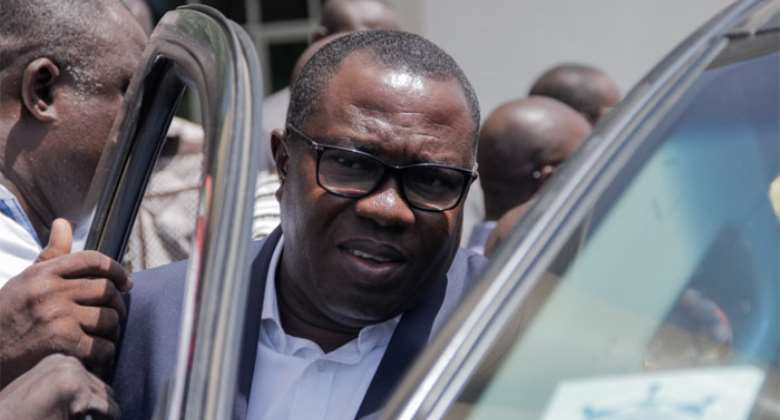 It was only a matter of time before the unvarnished truth came to light, regarding the National Democratic Congress-sponsored terrorist activities in the country as the surefire means of having the Mahama Posse acquire a fighting chance in any General Election in the offing (See “Ofosu-Ampofo Unfit for Re-Election after Admitting to Leaked Audio – Aspiring NDC Chairman” Ghanaweb.com 11/22/22). The story is at least three or four years old; and until he reportedly fessed up to it, as it were, during a recent party confabulation, Mr. Samuel Ofosu-Ampofo, the sometime Atta-Mills-appointed Eastern Regional Minister and the Mahama-appointed Minister for Local Government and Rural Development, had been vehemently denying that, indeed, he had been smack behind many of some treasonous and heinous acts of criminality that have been aimed at destabilizing the Akufo-Addo Government and possibly even topple the latter in the manner that the late globally acclaimed Founder of the National Democratic Congress (NDC), Chairman Jeremiah “Jerry” John Rawlings, was widely and infamously known to do.

In the recent past, Mr. Ofosu-Ampofo has fiercely denied the widely established fact that, indeed, the Anum native, from the same home region as the President of the Sovereign Democratic Republic of Ghana, Nana Addo Dankwa Akufo-Addo, that is, the Eastern Region, was the voice heard on several audiotapes intercepted by our National Security Establishment or Agency, instructing the members of a goon squad cocooned within the administrative structure or apparatus of the National Democratic Congress on how to conduct or execute a flurry of violent activities aimed at making the country ungovernable for the man who seismically defeated an incumbent President John “European Airbus Payola” Dramani Mahama with more than ONE-MILLION VOTES, a historically unprecedented feat in Ghana’s Fourth-Republican history the first time around. And for the second time around, Candidate Akufo-Addo, the creator of Mr. Mahama’s own native Savannah Region, handily routed the latter with more than One-Half million of the counted valid votes.

At any rate, with the latest revelation and the strategically opportune exposé on the National Chairman of the country’s main opposition party, the National Democratic Congress, reportedly by a candidate determined to unseat the criminally minded Mr. Ofosu-Ampofo, by the name of Mr. Samuel Yaw Adusei, it must have by now become disturbingly and horrifically obvious to any well-meaning and progressive-minded eligible Ghanaian voter why s/he needs to ensure that the leadership and, indeed, the entire political establishment of the National Democratic Congress are kept in opposition for the foreseeable future. And for those of our readers or among our audience who may not already be aware of the same, Mr. Ofosu-Ampofo was also named in the globally infamous and morally embarrassing Kumasi Kidnapping of the two young Canadian women NGO volunteers some three, or so, years ago.

In the preceding incident, the Ottawa Government had to promptly and directly get involved in order to ensure that lily-livered terror-mongering political scammers like this widely proclaimed Mahama water-boy were thoroughly and effectively defanged. But, of course, the real problem here is not merely the fact that the Mahama Posse has been opportunely and auspiciously exposed. Rather, it is the fact that just like the man that he is hell-bent on dethroning from the National Chairmanship of the National Democratic Congress, Mr. Yaw Adusei has also eerily demonstrated and pointedly so that he is just another even more deadly stale old wine mischievously packaged in a newly scrubbed discarded and scandalously relabeled bottle, that is, far worse than the man who would have a grossly and irredeemably incompetent and a pathologically kleptocratic Osagyefo Kwame Gonja reimposed on the Ghanaian people.

For instance, in his virulent disquisition or tirade exposing the blood-dripping criminality of Mr. Ofosu-Ampofo, Mr. Adusei rather bizarrely but not altogether unpredictably observes that the one great blunder that ought to have caused the preemptive disqualification of the National Chairman of the party from contesting this year’s partywide election to retain the post which Mr. Ofosu-Ampofo has held for some 8 years already, was the fact that the former Local Government and Rural Development Minister would appear before a formal gathering of a group of NDC communications operatives to frankly and openly fess up to the fact that the Akufo-Addo Government’s vehement insistence that, indeed, Mr. Ofosu-Ampofo has been the mastermind behind many of the terror-tinged incidents of violence and heinous acts of criminality all across the country is the unvarnished truth. On the latter count, of course, needs to be also recalled the fact that not quite long ago, some top-echelon officials of the Ghana Police Service (GPS) reported having had a forensics laboratory located in the Jewish State of Israel confirm that, indeed, the voice on the videotape intercepted by some operatives of our National Security Agency was indisputably that of the National Chairman of the National Democratic Congress.

Candidate Yaw Adusei’s main grievance here appears to be that instead of fessing up his veritable acts of heinous criminality before a large gathering of NDC communications operatives, Mr. Ofosu-Ampofo ought to have done so in camera or in private before top security operatives of the National Democratic Congress. Now, what is incontrovertibly clear here is the fact that to a person, the leadership of the National Democratic Congress cannot be trusted with the governance and the maintenance of the peace and stability of the country in the near future, and the latter reference, of course, includes the post-2024 Election climate of Ghana.

You see, even if one unreservedly arrives at the indisputable conclusion that the Akufo-Addo-led government of the New Patriotic Party has not managed the affairs of the country unimpeachably, the equally indisputable fact remains that voting the leadership of a kleptocratic and a pathologically criminally minded National Democratic Congress cannot under any circumstances be envisaged to be a wise and a constructive choice or alternative. Put in even more simple terms, President Dumsor can simply not be deemed to be a serious choice and/or salutary and a progressive alternative to President Sor-Sor.