Reject 2023 'killer' budget; It has no hope for the youth — NDC Communicator to MP's 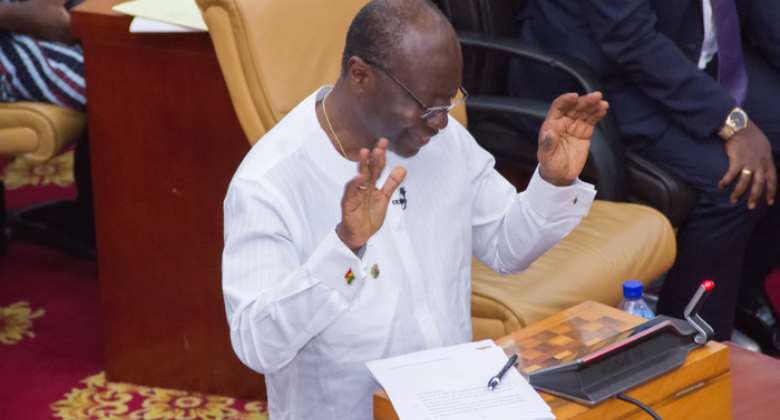 The deputy constituency communication officer for Wassa Amenfi East National Democratic Congress, Mr. Thomas Dindiego has called on both Minority and Majority Members of Parliament to reject the 2023 budget.

He said the budget offerd nothing but extreme hardship to the citizens.

Mr. Thomas Dindiego has also described the 2023 budget presented by the Finance Minister as a "Killer Budget" with no hope for the youth of the country.

According to him, the 2023 budget was expected to provide better economic and life changing solutions to minimize the current high standard of living.

He added that the freeze on employment poses a national security threat as the unemployment rate will rise.

Speaking to Journalists on Tuesday, 29th November, 2022, he reveals that government's decision to freeze public employment is as a result of Ghana’s talks for an International Monetary Fund’s (IMF) bailout.

He said, the Akufo Addo's administration in their own 2023 budget, has exonerates former President John Dramani Mahama who was accused by the NPP of imposing a freeze on employment as a result of the 2015 IMF programme.

The Amenfi East NDC communicator defended that such accusations was untrue emphasizing that there wasn't anything like a freeze on public employment.

Mr. Dindiego stressed that the NPP deliberately branded the IMF programme as evil with palpable lies.

He said, the NDC party is demanding an unqualified apology from President Nana Addo over his decision to increase the Value Added Tax (VAT) by 2.5 per cent in the 2023 budget statement which they kicked against.

Thomas Dindiego challenged the president to apologize for leading a deadly and unnecessary demonstration titled "Ku Me Pr3 Ko Demo" to kick against Value Added Tax under the Rawlings regime.

He noted that president Akufo Addo, who in opposition, led thousands of Ghanaians to demonstrate against the introduction of VAT leading to the demise of some innocent people has now shamefully increased the rate by 2.5 percent.