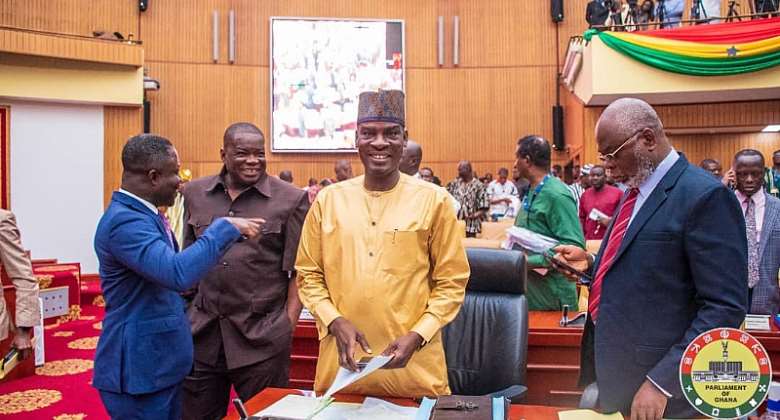 The Minority in Parliament Wednesday said government was mishandling the economy and that Ghanaians are tired of the negative impact.

“We should all pray for the Republic of Ghana in terms of the way things are going… ,” Dr Ato Forson, the Minority Spokesperson on Finance, said.

He said in 2023, the economic situation would be severe as had been presented in the 2023 Budget Statement and Economic Policy of Government and cautioned Ghanaians to brace up for more hardship, worse than what they had gone through in 1979 and I983.

Debating the 2023 Budget Statement and Economic Policy on the floor of Parliament, Dr Forson said the unemployment among the teeming youth was more than 50 per cent and that would increase following the government’s freeze on civil and public employment.

“Mr Speaker, this budget is a killer budget; Kor fie kor wu. It is not inspirational and going to impose additional taxes on the people,” he said.

“Tax is going to go up and the people of Ghana, be ready that prices of goods and services are going to go up because of the increase in Value Added Tax.”

Dr Forson, therefore, called on the House to critically debate the Budget before its approval.

By Article 179 of the 1992 Constitution and section 21 of the Public Financial Management Act, 2016 (Act 921), Mr Ofori-Atta, the Minister of Finance, on behalf of President Akufo-Addo, presented the 2023 Budget Statement and Economic Policy to Parliament on Thursday, November 24.

It also featured updates on Ghana's engagement with the International Monetary Fund (IMF) for an IMF-supported Programme; Year-to-date macro-fiscal performance of the economy; the YouStart initiative under the Ghana CARES Programme; Climate action strategies; Fiscal measures and debt management strategies to ensure fiscal and debt sustainability and promote growth.

Dubbed: “Unity Budget”, it was on the theme: “Restoring and Sustaining Macroeconomic Stability and Resilience through Inclusive Growth and Value Creation.”