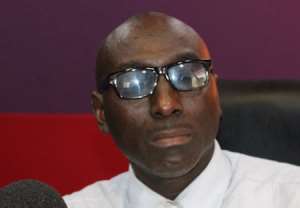 The opposition National Democratic Congress (NDC) has rejected the ruling of the Wenchi High Court on the Techiman South Parliamentary election petition.

The opposition party described the ruling as untenable and indicated that it will appeal the ruling of the court.

The High Court on Wednesday dismissed the election petition filed by the NDC. In a ruling, the judge held that the petitioner failed to convince the court with facts to substantiate the allegations raised in the petition.

The court further awarded a cost of GHS100,000.00 against the petitioner to be shared equally between the NPP MP Martin Adjei Korsah and the Electoral Commission.

The opposition NDC went to court challenging the outcome of the parliamentary elections in that constituency that saw the election of NPP's Martin Adjei Mensah Korsah as MP.

The party in its petition contended it won the parliamentary contest in the constituency but was cheated out of victory during the collation of results, which was characterized by violence.

Some voters who had converged at the collation centre to witness the counting in the aftermath of the elections died after live bullets were used by the military in an attempt to restore order.

Among other reliefs, the petitioner was seeking an order from the court directed at the EC to collate the results of all the polling stations in Techiman South and also for the EC to publicly declare Dr Christopher Beyere Baasongti as the legitimate winner of the Techiman South 2020 parliamentary elections.

Speaking on Eyewitness News on Wednesday, a member of the legal team of the NDC, Abraham Amaliba, said the party strongly disagrees with the conclusions of the court.

“We strongly think that the conclusions reached by the judge are untenable. You can’t have the judge accepting the testimony of the returning officer whose handiwork brought the confusion for which we went to court against a regional elections officer who has no interest in the NDC winning and is an official of the EC whose testimony suggested that there was no collation,” Mr Amaliba told host Umaru Sanda Amadu.