Being an MP is serious business; the responsibility of a Minister should not be attached – Sam Okudzeto 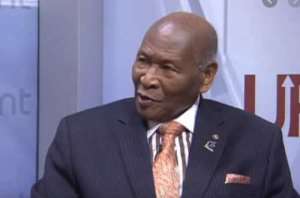 A member of the Council of State, Mr. Sam Okudzeto has called for a review of part of the 1992 Constitution.

In his view, being in Parliament is serious business, and Members of Parliament should not bear the responsibility of serving as Ministers as well.

“I think that the error we made was that we were trying to mix the Westminster system of government and the presidential system of government. That is the mistake that we made in our constitutional process, so if that can be removed because being in parliament is a serious business.

“How on earth can you run a ministry as a minister and at the same time find time to represent your people in Parliament? You can’t,” Mr. Sam Okudzeto told TV3 in an interview on the Ghana Tonight show.

In recent years, there have been similar calls for this part of the Constitution to be reviewed.

Unfortunately, successive governments are yet to take it upon themselves to change the status quo.