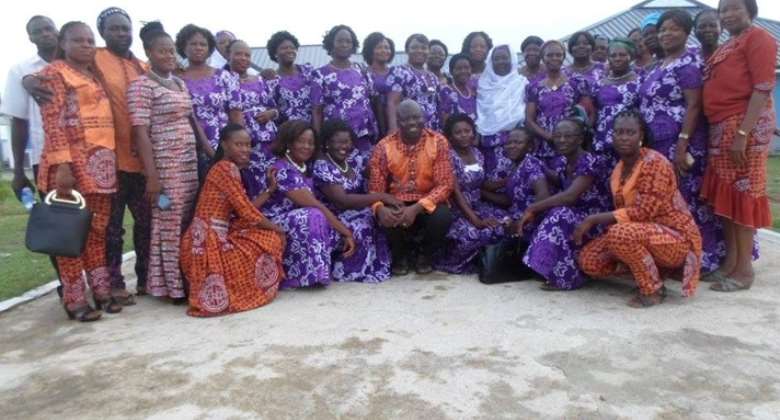 The Kaana Manga Women Association in the Navrongo Municipality of the Upper East Region has been lauded for advocating against negative cultural practices that undermine the growth of society.

The Kaana Manga Women Association was established in 2014 through a Non-Governmental Organization called Our Lady of Mercy Community Services (OLAM), NGO with funding support from Open Society Initiative for West Africa, OSIWA-Senegal.

Among the core roles of the Association was to use community radio as a platform to advocate against negative cultural practices such as child marriages, Female Genital Mutation, domestic violence, widowhood rites, child neglect, and lynching of women suspected of being witches.

As part of the Kaana Manga Women Association mandate, it is also expected to engage in advocacy issues to help promote gender equality in all spheres of life including the traditional and modern political structures.

The Executive Director of OLAM, Mr Emmanuel Atiiga, who made the commendation on behalf of the Board in Navrongo on Wednesday, said the Association had lived up to its expectation by achieving most of the above-mentioned core mandate.

He made the commendation when the Board appointed a-three -member team led by Mrs Florence Bobi, a retired Educationist to steer the affairs of the group for a three-year period.

“The Board is so happy about the quantum of work your group has executed and the impact made in society. For instance, the situation where there used to be rampant withdrawal of young girls in the area from school and give them out by their parents for marriages have reduced drastically," he stated.

He also attributed the curbing of Female Genital Mutation, domestic violence, widowhood rites, child neglect, and lynching of women suspected to be witches in the area particularly the most remote areas to sensitization programmes the Association carried through the radio programme.

The Executive Director pledged to support the women's group to continue to execute their mandate and indicated that the NGO had paid for one year airtime to “Nabiina Community Radio” for the programme to continue next year.

He announced that as part of restructuring OLAM, Management had registered it to be in national character and also streamlined its activity in line with the Non- Profitable Organization Secretariat of the Ministry of Gender, Children and Social Protection.

He indicated that the directive by the Gender Ministry to ensure that all volunteers of NGOs are mainstreamed into a common platform in the Gender Ministry system to pave way for sourcing of personnel with expertise to other organizations was in the right direction.

The member team nominated and approved by the Board of the NGO to serve as the coordinating team for the next three years are Madam Florence Bobi, as the Lead Chairperson, Mrs Catherine Nabare as the Protocol Officer and Mrs Anastasia Musah as the Public Relations Officer.

The Lead Chairperson thanked the Board for the confidence reposed in them and pledged to work hard to help promote the development of the organization particularly fighting against negative cultural practices and the promotion of gender equality.