Where Is the Anas Exposé on Mahama? 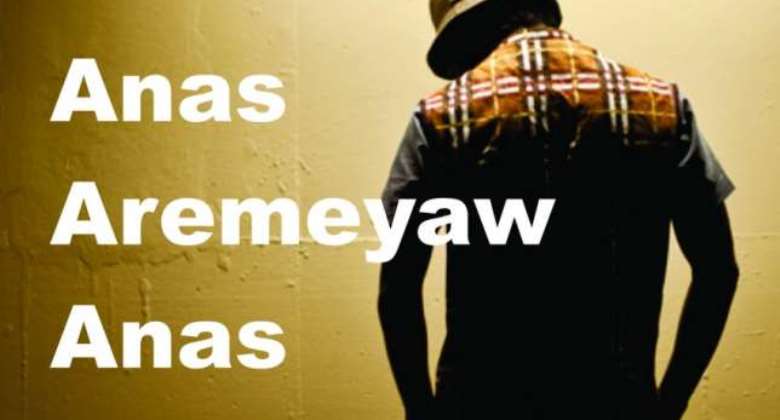 Tiger-Eye PI proprietor Anas Aremeyaw Anas might have made a good name for himself and definitely great money for himself as well. Nevertheless, the renowned official-corruption investigator or “entrapper,” depending on which of his critics is telling the story, comes off to many of us avid students and observers of Fourth Republican Ghanaian Political Culture as too conspicuously one-sided and passionately partisan as to call his professional credibility into question. You see, nearly all of his putatively entrapment sting operations have been focused on targets with ideological leanings towards the Neo-Liberal establishment of the ruling New Patriotic Party (NPP).

Significantly, one has yet to hear of the legally trained Ghana Institute of Journalism (GIJ) alumnus having either conducted his own investigative review of former President John Dramani Mahama’s foolproof involvement in the globally infamous European Airbus Payola Scandal, whose authenticity has been confirmed and guaranteed by the criminal fraud courts of three of the most judicially unimpeachable systems both here in the West and the global community at large, namely, Great Britain, France and the United States of America, or the government of the former President vis-à-vis the legions of corruption scandals that inflected the same. And yet, Mr. Anas Aremeyaw Anas has the predictable temerity to petition the Commissioner for Human Rights and Administrative Justice (CHRAJ) to investigate Mr. Kenneth Ofori-Atta, the embattled Akufo-Addo-appointed Finance Minister, for a conflict-of-interest breach of the law.

It is for reasons such as the preceding observations, among dozens of others, that we find it to be tantamount to absolutely nothing short of perfectly refreshing to hear retired Appeals Court Jurist, Justice Emile Short, who also happens to have been the very first Commissioner of the Commission for Human Rights and Administrative Justice, authoritatively note that about the only legally and constitutionally mandated public official who could legitimately cause the removal of the Finance Minister from office is none other than the man who appointed the Columbia and Yale universities graduate of Finance and Business Management to his post (See “CHRAJ Will Not Ask Ofori-Atta to Stay out of Office – Emile Short” Ghanaweb.com 11/23/22).

There is absolutely no gainsaying the fact that the mercenary proprietor of the Tiger-Eye Private Investigators Company Limited has quite a significant clout on every government of the day of the Sovereign Democratic Republic of Ghana, as it were. We have witnessed such hefty influence vis-à-vis the seismic and summary dismissal of Mr. Kwasi Nyantakyi, then-President of the Ghana Football Association (GFA), the very personality widely credited for being the first sports administrator in the country to take Ghana to the World Cup, for conduct described as corruption-enabling which may very well have significantly and inimically impacted the fortunes of the country in the most globally prestigious of tournaments. In this instance, like the latest one involving the dismissal of Mr. Charles Adu-Boahen, the Harvard University-educated Minister of State at the Ministry of Finance, the motive behind such dismissal was a filmic documentary exposé produced by Anas Aremeyaw Anas and his Tiger-Eye PI Company.

Even more telling of the mythopoetic dimensions of the level of credibility garnered by the man who is widely regarded as Ghana’s foremost investigative journalist, concerned what former President John “Kofi Diawuo” Agyekum-Kufuor had to say in the wake of the repeated showing of the Nyantakyi Video Exposé, in which the protagonist was seen and heard claiming that the payment of a whopping $5 million (USD) to a newly elected President Addo Dankwa Akufo-Addo, and an equally humongous sum of $2 million (USD), in the guise of a palm-greasing payola, was all that was required to literally get things moving on Ground Zero for Gulf-Arab Sheikhs interested in establishing business enterprises in the country.

Now, vis-à-vis former President Agyekum-Kufuor’s clearly politically loaded comment, there was the unmistakably nuanced innuendo to the effect, that, indeed, both Messrs. Akufo-Addo and Bawumia were cheaply on the take, as it were. I have already written extensively about this Agyekum-Kufuor snide in the past, that is, at the time of the Nyantakyi Scandal and so find it completely needless to rehash the same here again. For now, what is most significant to point out here is the fact that all our Fourth-Republican Presidents, including our two deceased Presidents, namely, Messrs. John Evans Atta-Mills and Jeremiah “Jerry” John Rawlings, have publicly expressed their complete lack of confidence in the institutional integrity of our national security establishment, in particular the Ghana Police Service (GPS) and, in particular, the Criminal Investigations Department (CID) of the Ghana Police Service.

Now, what the foregoing means is that Mr. Anas Aremeyaw Anas and his Tiger-Eye Company of widely maligned mercenary sleuths are apt to remain relevant on the anti-official-corruption battlefield and to hog center-stage or continue to maintain their pride of place, as it were, while a diddly little was made by way of significantly and materially improving the caliber of the men and women who constitute the staff of the Criminal Investigations Department of the Ghana Police Service and the backbone of our national security system and network. There is a remarkable exception to such perennial neglect of our national security establishment, fortunately, in the visionary personage of Nana Addo Dankwa Akufo-Addo. Even so, remarkably more needs to be done, if the general level of our national security apparatus, which already leaves much to be desired, is not to become even more precipitously less so.

But, of course, Ghanaian taxpayers also direly need to know and to be reliably informed about the amounts of our hard-earned monies forked up to private mercenary sleuths like the Anas Aremeyaw Anas Gang at the expense of the critical upgrade and the significant and the palpable improvement of our entire national security establishment and apparatus.