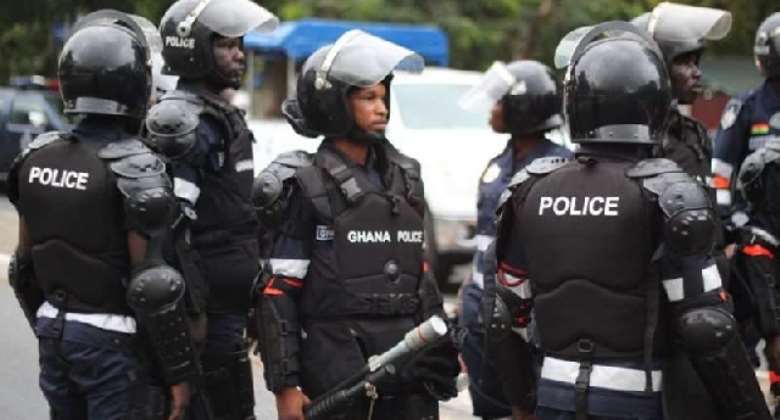 The Counter Terrorism Unit (CTU) team attached to the Kintampo Divisional Police command on on Sunday, November 27 shot and killed one armed robber in a gun battle with the robbers on the Kintampo-Babatorkuma road.

The Police in a report said it had a distress call from an unknown caller to the effect that there was an ongoing robbery between Kintampo and Babatorkuma.

The (CTU) team led by No.43266 G/Sgt. Asare Kwabena and three men on board a Service Vehicle with registration number GP 842 responded to the call and met the robbers at Bolla Junction on Kintampo - Babatorkuma highway road robbing passengers on board a KIA Spectra Taxi Cab with registration number GW 6308-13 driven by 29-year-old Sumaila Alhassan.

The robbers numbering about six upon seeing the Police Vehicle opened fire at it damaging the windscreen and two side glasses.

The Police team returned fire at the robbers forcing them to retreat.

The Police said after calming the situation, they combed the scene and found a body of a male adult of a Fulani extraction wearing a pair of black trousers and an African print to match.

The body was conveyed to the Kintampo Municipal Hospital where he was confirmed dead and same deposited at the Hospital's mortuary for preservation, identification and autopsy.

The Divisional Commander noted that the Police organised a search party to possibly retrieve additional bodies but due to the darkness, none was found again.

However, the victims who were on their way to Buipe market pleaded with the Police to continue their journey and return on Monday, 28 November 2022 to assist police in the investigation.

They were escorted through to the outskirt of Babatorkuma to continue their journey.