Police probe murder of farmer and girlfriend in Sunyani West 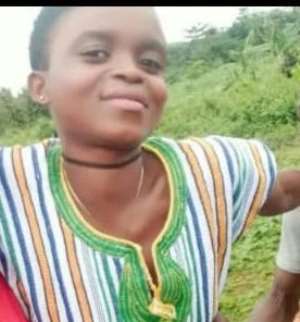 The bizarre murder of 25-year-old farmer and his 21-year-old girlfriend has thrown Brosankro-Aprakukrom community, near Abronye in the Sunyani West Municipality into a state of shock and disbelief.

The body of Francis Kwame Awuah was found in his room with multiples of cutlass wounds on the head, while that of Lydia Akosua which also had several cutlass wounds was discovered in a cashew farm few metres away from his boyfriend’s house in the farming community.

Mr. Atta Kwasi Dognekoh Snr. the Assemblyman for Abronye Electoral Area who confirmed the story to the Ghana News Agency (GNA) said the sad incident might had happened between late Saturday and early hours of Sunday, November 27, 2022.

He said no arrest had been made, but the Police had since deposited the bodies at the Sunyani Regional Hospital Mortuary for preservation and autopsy, while investigations continued.

Mr. Dognekoh explained he was at a funeral at Atronie, near Sunyani on Sunday around 0830 hours when he received a call from the community that somebody had been murdered at a cashew farm in the area and so he quickly directed members of the local Unit Committee to report the matter to the Police at Odumase.

“The cashew farmer had brought some labourers to work in his farm when they discovered the body lying face down in a pool of blood”, he said.

“After few minutes I received another call that another body has also been found butchered, and this time a man in his room close to the cashew farm. So I personally called and informed the police who rushed to the scenes and retrieved the bodies” Mr. Dognekoh added.