Kyerematen Is His Own Worst Enemy 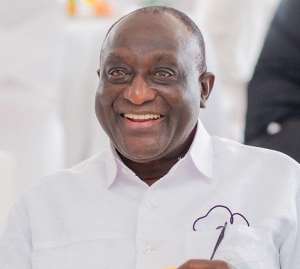 If, indeed, any key player or major politician could be legitimately faulted for creating legions of enemies within the membership fold of the ruling New Patriotic Party (NPP), that key player or creator of needless tensions and political instability and rancor in the party is absolutely none other than the career Trade and Industry Minister, namely, Mr. Alan John Kwadwo Kyerematen – aka Alan Cash. But, of course, it also goes without saying that the sort of “enmities” or hostilities that Mr. Jonathan Asante Okyere, the University of Cape Coast political scientist, is talking about was strategically and deliberately fomented by former President John “Gentle Giant” (Kofi Diawuo) Agyekum-Kufuor and his extant Presidential Chief-of-Staff, to wit, Mr. Kwadwo Mpiani, who erroneously supposed that they could convert the Presidential Ticket of the New Patriotic Party into another Asante monarchical stool (See “Hopeson Adorye Dismissal: President Akufo-Addo Creating Hostilities in the NPP – Lecturer” Modernghana.com 11/28/22).

If, indeed, he was truly the political scientist of substance and worth that he would have the rest of the party membership and, indeed, the global Ghanaian community, at large, to envisage him to be, Mr. Asante Okyere would have first, frankly and foremost recognized the fact that the ultimately successful election of the three-time Candidate Addo Dankwa Akufo-Addo had a diddly little to absolutely no significantly positive input from either Mr. Kyerematen or the latter’s staunchest and most conspicuous and prominent backers. To be certain, left to Messrs. Agyekum-Kufuor, Mpiani and yes, Winfred Anane, alone, there would definitely not have occurred an Akufo-Addo Presidency. You see, Dear Reader, not very long ago, Mr. Mpiani had the prime occasion to publicly explain why these three or four men and their faction of supporters within the ranks of the New Patriotic Party have relentlessly and studiously teamed up and schemed to sabotage the presidential ambitions and the success thereat of the former Attorney-General and Minister of Justice and, subsequently, Minister of Foreign Affairs, in the erstwhile government of Mr. Agyekum-Kufuor.

On the latter count must also be emphasized the decidedly fractious and inexcusably divisive decision by Mr. Kyerematen to summarily and adamantly renounce his membership and support of the then-ruling and Agyekum-Kufuor-led New Patriotic Party, with barely four months to the ballot-casting in the 2008 General Election, a decision that the late venerable Mr. Joe Da Rocha publicly and bitterly characterized as a plain and downright cynical and pathologically self-serving ploy that was aimed at effectively scuttling the presidential ambitions and the electoral success of the one man and politician widely credited with having uniquely “deepened” the practical quality of Fourth Republican Ghanaian Democracy, by single-handedly crafting the celebrated and landmark Repeal of the Criminal Libel Law, a veritable instrument of British colonial repression scandalously bequeathed Independent Ghana and riotously and rampantly used by all postcolonial Ghanaian governments, with the remarkable exception of President Agyekum-Kufuor and, presently, President Addo Dankwa Akufo-Addo.

If anything at all, it is rather the former New Patriotic Party Member of Parliament for Akyem-Abuakwa-South who has studiously worked around the clock, literally speaking, to bring any remarkable semblance of unity into the party. And now, vis-à-vis the question of which party stalwart to throw his quite considerable weight and support behind, does not Mr. Asante Okyere believe that it could ingloriously constitute the very height of sacrilege, if Nana Akufo-Addo gave the proverbial nod to the very person who promptly and summarily tendered his membership resignation from the party fundamentally because a convincingly defeated Candidate Kyerematen could not abide the very notion of an Akufo-Addo Presidency? Actually, the Presidential Nomination of Nana Akufo-Addo as the legitimately elected Presidential Candidate of the New Patriotic Party for the 2008 Presidential Election and, again, for the 2012 Presidential Election?

You see, the problem of ethnic and subethnic chauvinists and gung-ho tribal nationalist critics like the University of Cape Coast political scientist is their woeful and scandalous inability to rationally come to terms with the fact that like every stalwart of the New Patriotic Party, Mr. Kyerematen is not above the rules and regulations of the New Patriotic Party. Simply put, Alan Cash can simply not pick and choose at whim which party rules and protocols he wants to follow and the ones that he would rather not touch with even the metaphorical 40-foot pole. Now, regarding the recent dismissal of Mr. Hopeson Adorye, the longtime Sir John – aka Kwadwo Owusu-Afriyie – lieutenant and a staunch Akufo-Addo backer, from Mr. Adorye’s security director’s job at the Kotoka International Airport (KIA), the latter event has absolutely nothing, whatsoever, to do with the fact of whether the President has approved the already widely presumed 2024 Presidential Candidacy of Vice-President Mahamudu Bawumia or not.

Rather, the dismissal of Mr. Adorye has to be squarely envisaged within the context of the causative factors underlying the same. But, of course, Mr. Asante Okyere is absolutely and perfectly entitled to his own very predictable opinion. There, indeed, may also be other ministers and deputy ministers who have openly declared their support for the 2024 Presidential Candidacy of Vice-President Bawumia, as Mr. Adorye recently claimed in a radio interview in the wake of his dismissal as the KIA Security Director. The stark and significant difference here, however, is that unlike Mr. Adorye, none of these ministers and deputy ministers are roaming rampantly and raucously around the country declaring that Vice-President Bawumia can simply not be elected as the 2024 Presidential Candidate of the New Patriotic Party, primarily because the NPP has an established and immutably entrenched tradition of nominating only Akan-descended Ghanaian citizens for occupancy of the party’s topmost electoral ticket. I mean, isn’t it clear by now that only politically and morally intransigent and reprobate Trokosi Nationalist truckers like Hopeson Adorye are capable of such patently absurd and downrightly repulsive mode and trend of reasoning?