I've been there before; don't mind them — A Plus consoles dismissed Hopeson Adorye 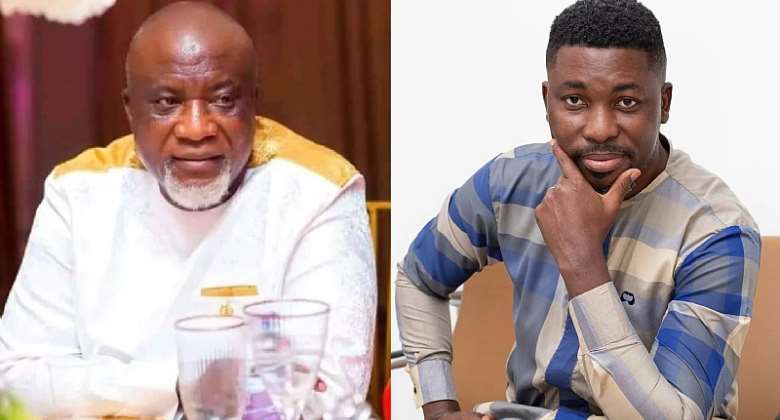 Kwame Obeng Asare, widely known as A Plus, a seasoned Ghanaian singer and political activist has reacted to the dismissal of a key NPP member, Hopeson Yaovi Adorye from the National Security job.

Mr. Adorye's pain was felt by A Plus, who was once treated the same, according to him.

A Plus told Mr. Adorye not to mind them (his employers) while reacting to a video in which Mr. Adorye registered his grievances in an interview on Accra-based Oman FM.

“They take do chairman. I've been there before. Veli veli painful. My brother don't mind them #Yebedidi,” he wrote in an Instagram post.

The one-time NPP Parliamentary candidate for the Kpong Katamanso constituency Mr. Adorye says he has been sacked for supporting Alan Kwadwo Kyerematen, Trade and Industry Minister who is aspiring to become the party's flagbearer.

“I'm not a zombie, uncle (to the host), I was told that my support is not towards a particular camp so should be dismissed, I have been dismissed.

“Your appointment has been terminated with immediate effect. That is why I am stressing that God will cater for us, we will never die.

“I have left it all to God, we won't sleep hungry. I know it is not my minister who will do this, Kan- Dapaah will not do this. But from what I am hearing, pity those who issued the instruction," he stated.