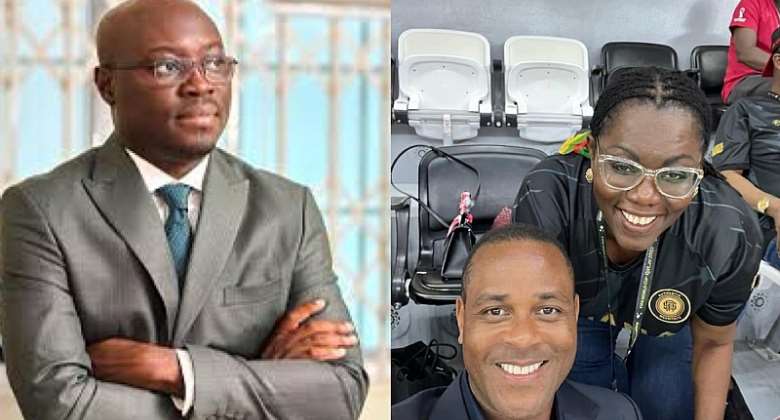 Cassiel Ato Forson, Minority Spokesperson on Finance has taken a swipe at the Minister of Communications and Digitalization, Ursula Owusu Ekuful.

According to the former Deputy Finance Minister, the Ablekuma West MP has abandoned her duties and the ongoing budget considerations to chill in Qatar.

In a tweet on Wednesday, November 30, Mr. Ato Forson said whiles theya are in Parliament digging for ways to tackle the worsening economic hardship, Mrs. Ursula Owusu is enjoying in Qatar.

He advises the Ablekuma West lawmaker to show some seriousness.

“At a time of serious economic crisis, Cabinet Ministers and MPs should not abandon the important business of budget consideration to go and watch football in Qatar,” he wrote.

“The optics are bad! We need to show we are serious about resolving the crisis,” the tweet stressed.

Parliament is currently debating the 2023 budget statement after it was presented by the Finance Minister.

As the Constitution demands, the policies in the budget can only be implemented after parliamentary approval.

Election violence in Nigeria's south east is threatening to ...
53 minutes ago