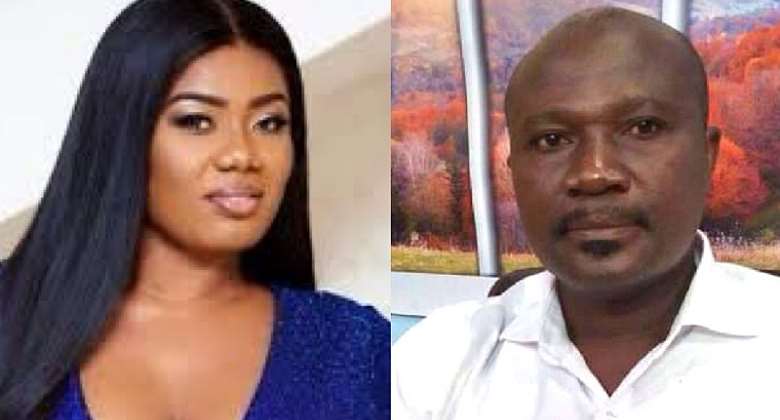 An outspoken broadcast journalist with Accra-based Metro TV, Bridget Otoo has reacted to the incident involving the Ashanti Regional NSS Director, Mr. Alex Poku Mensah and a nurse at the Manhyia District Hospital.

Mr. Poku Mensah verbally assaulted a nurse at the Manhyia District Hospital on Sunday, November 27, calling her all sort of image-diminishing names as captured on tape.

Reports indicate that Mr. Poku Mensah was told by his daughter, who is doing her housemanship at the facility as a doctor, about a supposed disrespect towards her by a nurse at the facility.

Mr. Poku Mensah followed her daughter to the hospital and verbally assaulted the nurse in a viral video over a misunderstanding between her and his daughter.

The GRNMA, in a letter signed by Madam Perpetual Ofori Ampofo, President and David Tenkorang-Twum, General Secretary on Tuesday, November 29, said the NSS Regional Director is unfit for his job.

They gave a 72-hour ultimatum to government, indicating that refusal to heed their demand will result in a sit-down strike for their members in the Ashanti region and subsequently the entire nation.

However, Mr. Poku Mensah apologised in a Facebook post saying he truly understands the damage he has caused the said nurse.

He explained that what he did has never been how he handles issues, but it was due to a genuine quest to mediate an issue he describes as “persistent” between his daughter and that particular nurse.

“I understand the disappointment and appreciate the inconvenience my action has caused the general public as well as the Nursing FRATERNITY and Manhyia Hospital.

“I do apologize for any mishap and assure all, there shall not be a repetition of such,” the NSS boss stated.

He is looking “forward to maintaining a cordial relationship between any affected person.”

Reacting to the whole issue in a tweet today, Wednesday, November 30, Mrs Otoo described the NSS Director as a bushman.

She said the words used on the lady by the man as captured in the audio show Mr. Poku Mensah is not well-educated.

“I just listened to the audio. The man is a bush man! He himself is not well educated so he’s living off his daughter’s “medical achievement” because some of the insults he heaped on the nurse and as a woman is unwarranted. He even went on to talk about her daughter’s grades etc,” she