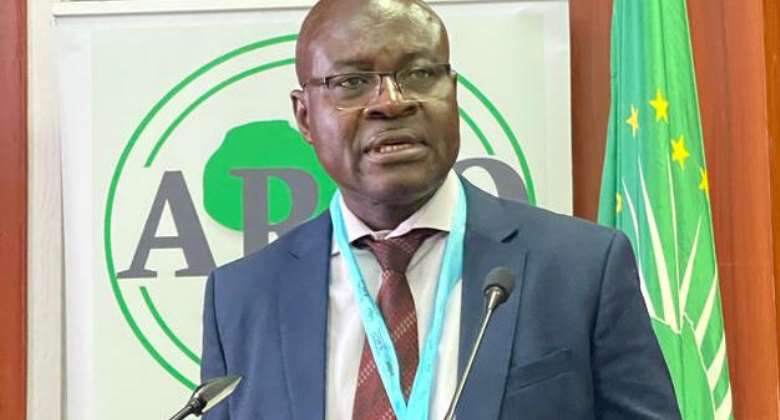 The President of the African Organisation for Standardisation (ARSO), Professor Alex Dodoo has called on ARSO member countries to seize the opportunities embedded in the African Continental Free Trade Area (AfCFTA) to industrialise the continent and position it as a global manufacturing hub.

With present economic uncertainties across the globe, he said the world needs Africa because of its abundant natural resources, which must be processed into value-added products in accordance with accepted standards.

That, he said, would help rake in the needed revenue to support the continent’s development.

“Africa’s time has arrived, and it is apt that the African Renaissance in trade and industrialisation is being rekindled in Addis Ababa with standardisation the key tool for industrial transformation and accelerated trade”.

Prof. Dodoo who is also the Director General of the Ghana Standards Authority, made the call today (Tuesday) at the 67th ARSO Council Meetings at Addis Ababa in Ethiopia where a high powered assembly of leaders of the continent's standards community have gathered.

The meeting, which opened on November 27, is expected to officially close on December 2, this year.

It is the first meeting chaired by Prof. Dodoo since he was officially sworn into office as ARSO President in June this year at the ARSO General Assembly in Cameroon.

Prof. Dodoo cautioned the member countries of ARSO not to use standards as a punitive tool against industry but rather as an enabler that drives trade and ensures sustainability.

Standards, he explained, were critically important tools for trade and Africa should use standards to unite Africa and not to restrict trade across the continent.

Going forward, Prof. Dodoo outlined some key milestones that must be achieved to ensure the quick realisation of the continent's industrial development.

“Africa must and will industrialise starting now,” he said.

He said Africa’s industrialisation would be sustainable because Africa can learn from other geographies what worked and what did not work.

He added that, “We will pay attention to females, the youth, the vulnerable and to marginalised groups. We will listen to them and work with them to drive industrialisation across Africa. Already, most SMEs in Africa are female-led and they are transforming our economies. All we need to do is to support their scale-up and expansion across the continent”.

To position the continent’s trading community on the path of rapid growth, Prof. Dodoo said there was a need to put in place some measures and score some significant policy goals.

Among other things, he said there was a need for a harmonised regulatory framework and adoption of African Standards to address TBTs in Africa for increased Intra-African Trade and capacity building and standardisation education and support to SMEs, standardisation experts, consumers and the youth.

Prof. Dodoo said it was also critical to ensure the promotion of Mutual Recognition Arrangements, which currently has been initiated by ARSO and being championed by Ghana, Kenya, Nigeria, Rwanda, South Africa and Zimbabwe, while also focusing on universal membership of ARSO by all African countries.