South Africa's intelligence watchdog is failing civil society. How to restore its credibility

By Jane Duncan - The Conversation
Article 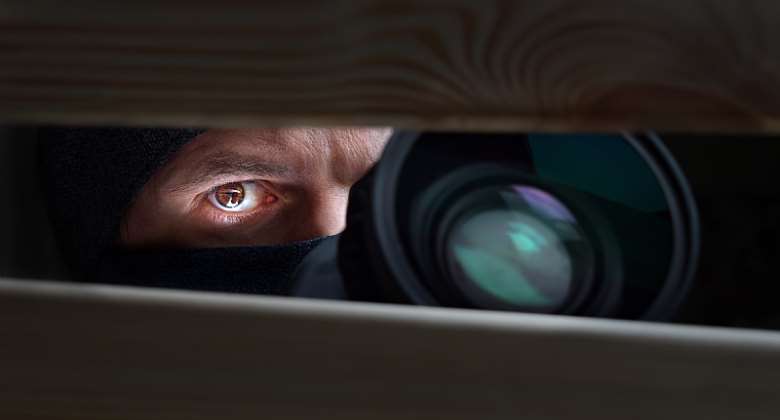 In October, South African president Cyril Ramaphosa and his cabinet committed to a range of reforms to the country's intelligence services. He based these reforms on recommendations made by the judicial commission of inquiry into state capture.

The president has since appointed a new inspector general, Imtiaz Fazel, for five years. This could be a fresh start for this office after years of controversies over its ineffectiveness as a spy watchdog.

I have researched intelligence and surveillance for over a decade and also served on the 2018 High Level Review Panel on the State Security Agency . The agency is supposed to alert the country to potential threats to national security.

In my view, the new inspector general needs to act urgently to restore the credibility of the office. This includes resolving a range of civil society complaints about alleged intelligence abuses.

The office was set up through the 1994 Intelligence Services Oversight Act and had structural problems from the start. It lacks resources and independence. Also, a lot depends on the incumbent's determination to hold the spy agencies to account.

As the previous inspector general, Setlhomamaru Dintwe , admitted at the state capture commission, the office could have done more to investigate the abuses aired at the commission, within the available resources and powers.

Read more: Sandton terror alert: time for South Africa to improve its intelligence sharing channels with the US

Had the office made findings on civil society complaints into suspected surveillance and interference with their activities, and acted on them, the agency might not have descended so far under former president Jacob Zuma . Some of these complaints are summarised below.

One example of an unsatisfactory investigation involves former journalist Tom Nkosi. He complained in 2015 to the inspector general that David Mabuza, the former premier of Mpumalanga province and now deputy president, had told him that the agency was spying on journalists. This claim appeared to be confirmed by the agency's spokesperson.

Nkosi asked the inspector general to investigate whether he was under unlawful surveillance. Seven years later, Nkosi said he had not received a formal response. He insisted to me that he still wanted accountability.

The Southern African Litigation Centre , an NGO that provides legal advice on human rights, and the Right2Know Campaign also wrote several letters to the inspector general's office between 2015 and 2016. They also met the office.

In the words of Right2Know in a 2017 letter to the inspector general, these letters were about

growing evidence that the national security apparatus of South Africa has adopted an increasingly hostile approach towards civil society organisations that legitimately challenge the decisions of the executive.

Right2Know requested an investigation into these matters, as well as incidents suggesting monitoring and harassment of civil society by intelligence operatives. It also asked the inspector general to investigate whether the spy agencies were intercepting the communications of its key members and supporters. This request remained unresolved. In a letter dated 2018, through its attorneys, the Legal Resources Centre, Right2Know expressed concern about the inadequacies of the investigation.

The Legal Resources Centre says it has not heard anything further from the inspector general on this aspect of the complaint.

Mark Heywood, from the public interest law centre Section 27, also requested an investigation into a media report that security cluster ministers were probing five civil society organisations. This was after the Southern African Litigation Centre took the government to court for failing to arrest then-president of Sudan Omar al-Bashir, who had an International Criminal Court arrest warrant on him.

The media report quoted an ANC source stating that these organisations were fronts for western powers meddling in domestic affairs. Despite assurances that the inspector general had investigated the matter, Heywood and the Southern African Litigation Centre say they are still waiting for a formal response.

There are very real risks of people burdening the inspector general with paranoid, ill-founded complaints that they are being spied on. But the civil society complaints were substantial.

The High-Level Review Panel found that the State Security Agency's “special operations unit” had put Right2Know and other civil society organisations, such as Greenpeace Africa, under surveillance. It had also planted agents in these organisations masquerading as activists.

According to civil society complainants, the inspector general's office often gave them verbal reports, but failed to follow through with formal findings.

As a matter of principle, findings should be made public. Secrecy cannot be used to hide illegality. The most effective inspector general so far, Xolile Ngcakani (2004 to 2009), set a limited precedent when he released a summary of findings on abuses in the then National Intelligence Agency in 2006.

If Fazel is going to make any mark as the new inspector general, he will have to confront the fact that the office has been failing civil society and, ultimately, South Africa. This failure could provide space for corrupt elements to repeat their abuses of the spy agencies. The agencies could, once again, become a threat to the very national security they are meant to protect.

By Jane Duncan, Professor, Department of Communication and Media, University of Johannesburg