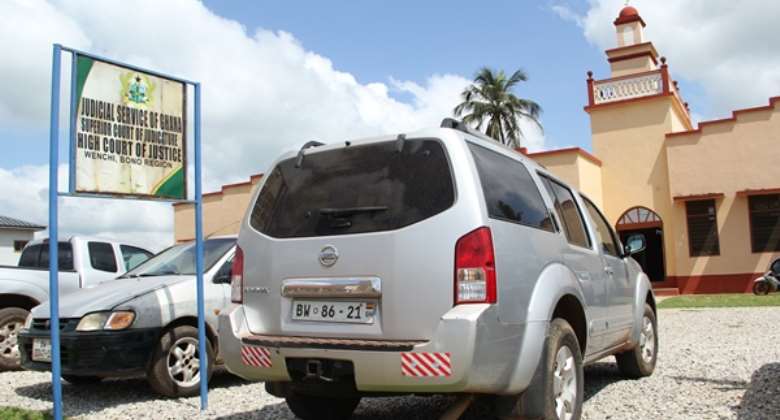 There is heavy police presence at the Wenchi High Court in the Bono Region ahead of the ruling of the Techiman South Parliamentary election petition later today, Wednesday, November 30.

The election petition was filed by the opposition National Democratic Congress (NDC) in respect of the 2020 parliamentary elections in the Techiman South Constituency.

The NDC had said that it won the Techiman South Parliamentary election, but claimed the Electoral Commission (EC) and the New Patriotic Party (NPP) connived to deny it the seat.

The suit by the NDC seeks to quash the declaration of the NPP’s Martin Adjei Mensah Korsah as Techiman South MP, and declare Dr Christopher Beyere Baasongti as the legitimate winner of the Techiman South 2020 parliamentary elections.

The NPP has always maintained its candidate and current Member of Parliament (MP), Martin Adjei Mensah Korsah was legally elected as announced by the Electoral Commission, accusing the NDC of engaging in propaganda.

The Electoral Commission also maintains that Martin Adjei Mensah Korsah polled 49,682 votes as against 49,205 votes for Christopher Beyere of the NDC.

2024 election: NPP struggling to come up with campaign messa...
20 minutes ago