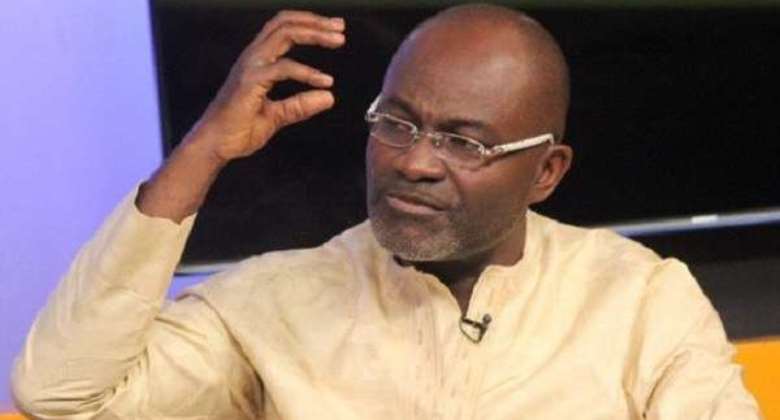 Member of Parliament (MP) for Assin Central, Kennedy Agyapong has proposed what he believes the New Patriotic Party (NPP) must do in the run-up to the next general elections to retain power.

According to him, the Vice President’s economic theories have failed, and for that matter must not be allowed to lead the party.

In a speech that is making rounds on social media, Ken Agyepong is heard questioning Dr. Bawumia's prowess as the Vice President.

He asked the Vice President what other message he has for Ghanaians after his infamous ‘if the fundamentals are weak the exchange rate will expose you’ lecture has exposed him and the current government.

“If I’m a Vice President how can I sit down for a Finance Minister to bully me? Now you come and tell us you have not been given an opportunity. What else do you want us to give you to prove that you are effective? Please I’m telling you the gospel truth so that you don’t make any mistakes.

“What we can do to change this country and the way the government is suffering from the economy, this economy if we don’t change the same face that has been giving us economic theories telling you when your fundamentals are weak your exchange rate will expose you,” Ken Agyapong said.

The MP added. "When you were making that statement the exchange rate was GHS4.20p. Friday it was GHS15 to a dollar. What message are you going to give to Ghanaians again?"

While bemoaning the poor performance of the Ghanaian cedi, Ken Agyapong disclosed that he has lost over $12 million because of the unfavourable exchange rate.

Listen in the attachment below: