Your plan to buy oil with gold instead of USD bogus; you're grasping for straws – US Economist schools Bawumia 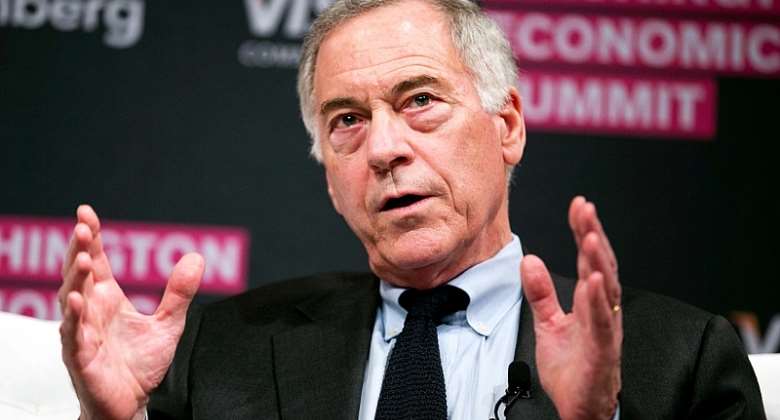 Economics Professor at the Johns Hopkins University in the US, Steve Hanke has said he doubts government’s plan to use gold to buy oil products will yield the expected results.

He described the plan as announced by Vice President Dr Mahamudu Bawumia as bogus.

Last week, the Vice President in a post on Facebook disclosed that government is making plans to use gold to buy oil products to address cedi depreciation which has subjected Ghanaians to hardships.

“The demand for foreign exchange by oil importers in the face of dwindling foreign exchange reserves results in the depreciation of the cedi and increases in the cost of living with higher prices for fuel, transportation, utilities, etc.

“To address this challenge, Government is negotiating a new policy regime where our gold (rather than our US dollar reserves) will be used to buy oil products. The barter of sustainably mined gold for oil is one of the most important economic policy changes in Ghana since independence,” Vice President Dr. Mahamudu Bawumia said in a post.

The Vice President added, “If we implement it as envisioned, it will fundamentally change our balance of payments and significantly reduce the persistent depreciation of our currency with its associated increases in fuel, electricity, water, transport, and food prices.”

Reacting to that announcement, US Economist Steve Hanke says Dr. Bawumia is grasping for straws.

“VP of Ghana Mahamudu Bawumia unveiled a plan to buy oil with gold instead of the USD. Bawumia claims that his gold-for-oil plan will "reduce the persistent depreciation of our currency." Bawumia is grasping for straws. His plan is BOGUS,” Steve Hanke shared on Twitter.