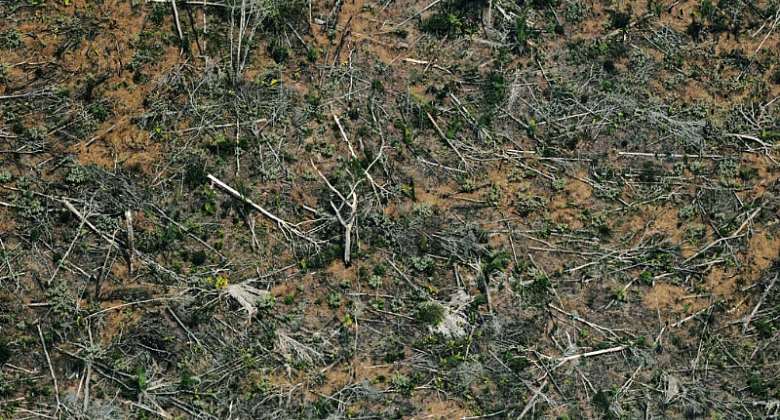 French banks are “massively” financing deforestation in the Amazon rainforest and tropical Cerrado savanna – providing hundreds of millions of euros to Brazilian agribusiness giants responsible for driving forest loss over the past decade, a coalition of NGOs and media outlets has warned.

A report published Monday by investigative news sites Disclose and Reporter Brasil – in partnership with the NGOs Sherpa, Harvest and the Centre for Climate Crime Analysis – found the banks had invested more than 743 million euros in ventures linked to deforestation between 2013 and 2022.

At the top of that list was BNP Paribas, singled out as the largest French financial supporter of the sector – and the country's “leading bank for deforestation”.

“Between January 2021 and September 2022 alone, BNP Paribas invested nearly 117 million euros in the activities of several agribusiness giants directly involved in the deforestation of the Amazon and the Cerrado,” the report said.

“This financing is carried out despite promises and commitments made in favour of the environment.”

In February 2021, BNP pledged to stop investing in firms contributing to clearing tropical forest for beef or soybean production in the Amazon and Cerrado, and to only fund companies with zero deforestation strategies by 2025.

The report alleges this promise was not met.

As part of its investigation, the coalition analysed thousands of financial transactions – corporate loans, bonds, equity investments and share issues – tracked by the Forest and Finance platform, which assesses the finance received by hundreds of companies involved in the beef, soy, palm oil, pulp, paper, rubber and timber supply chains.

Agribusiness giants named in the report include Bunge and Cargill, both American, and Brazilian companies Minerva, Marfrig and JBS. The latter, the world's top beef producer, is accused of illegally shipping meat from farms that have been banned by both Brazil and the European Union.

Since February 2017, a corporate "duty of vigilance" law opens French businesses up to potential legal action for human rights violations and environmental damage linked to their supply chains.

"BNP Paribas is the first bank to invest in the Amazon,” said Jean-Philippe Foegle, a lawyer and advocacy officer at Sherpa, adding French companies were bound by law to monitor their foreign activities.

"What the duty of vigilance and anti-money laundering legislation provides for is that when you have a suspicion that the actor you are financing is involved in illegal activities, you must ensure that you do not finance that actor,” he said.

In response, BNP Paribas told RFI it had made strict commitments to protect the environment and it would take time for those practices to be implemented on the ground.

Sherpa says it is considering legal action to force banks to follow through on their commitments.