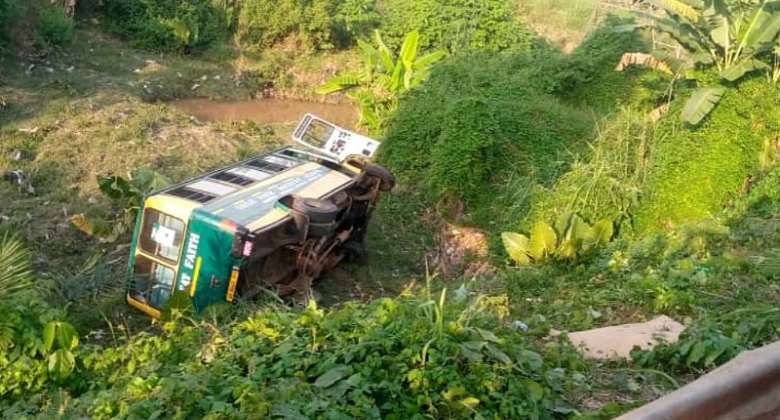 Four pupils with the Great Faith Rockery School in the Ashanti Region have been hospitalized after a bus carrying them from school toppled and landed in a ditch.

Eyewitnesses say the driver of the school bus which had about 14 pupils on board lost control of the steering wheel, hit metal guards along the Asokwa-Ahodwo roundabout stretch, and finally landed in the ditch.

The bus came from Ahenema-Kokoben, a suburb of the Ashanti Region where the school is located.

The driver was dropping the pupils who had closed from school at their various destinations when the incident happened at about 4 pm on Tuesday.

The pupils were rushed to the Asokwa Children’s Hospital and the Adiebeba Health facility.

Some pupils who sustained minor injuries were treated and discharged, while four of them are currently on admission at the Asokwa Children’s Hospital.