As Dr. Sanginga bows out of IITA, it is hard to say goodbye 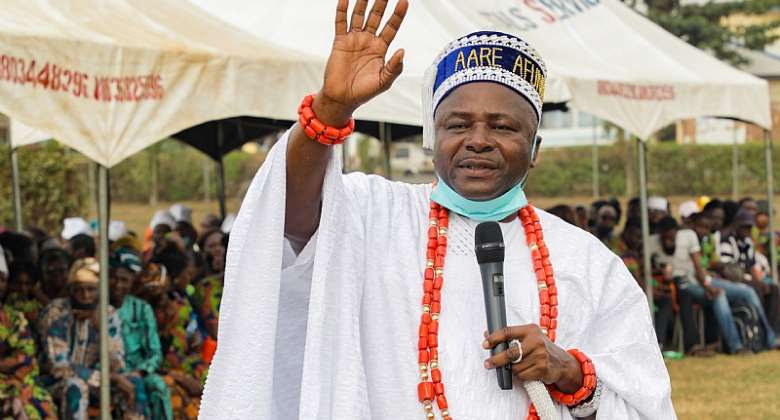 On 1st November 2011, history was made— a little-known son of Africa would take over perhaps the largest agricultural research institute on the African Continent. That person was Dr. Emmanuel Nteranya Sanginga, who would become the first African-born Director General of the International Institute of Tropical Agriculture, Ibadan, Nigeria. Before his assumption of office, IITA was 44, and the leadership had been in the domain of Europeans and Americans.

This heroic appointment came with mixed feelings—on one side, there was the fulfillment that, alas, one of our own—an African— is a director general, but on the other side, there was the apprehension on whether an African will lead and deliver without sinking the ship.

It is worth noting that at the time Dr. Sanginga took over leadership, the world had just come out of the 2008 food crisis, and global attention was in the direction of fighting terrorism. Donor funding to agriculture dropped, and the agenda was on how to track down Osama bin Laden—a key plotter of the attack.

In the days that followed his assumption in office, most of us cautiously watched how this new director general would navigate this difficult terrain.

On the domestic front, Dr. Sanginga faced a staff strength with low morale—most of whom came to the office because they had no other source of livelihood. On their faces, one could perceive the handwriting with the inscription: “I am just buying time. I will soon quit”. The next thing that would follow was the massive resignation of scientists, signifying all wasn’t well. As the number of voluntary resignations swelled, Dr Sanginga passed the task to his subordinate. Of course, this wasn’t cheery.

Then came his famous message to staff: “What changes, what remains… and how can I be part of it?” This was a very reassuring message to staff and a morale booster. The key takeaway from the message was that things would be better if we all worked for the common good of IITA. He also opened doors to staff and was willing to take advice from both the high and low.

I must say that while there were issues with staff morale; infrastructurally, IITA was not better. The institute had not caught up with the rapid advancement of science in terms of infrastructure. In addition, some of the research facilities had depreciated –the buildings inclusive.

I had the privilege of being one of those to organize an IITA reunion to be held in Ibadan. As part of the feedback we received during a reflection session, one of the alumni said: “We came to supervise the final burial of IITA.” His words mirrored the degradation and indignation IITA had become.

On top of this layer, IITA had lost investments—no thanks to a Ponzi scheme that was well calculated and implemented to the detriment of research in Africa.

To address these challenges, Dr. Sanginga led the development of a strategy that would later turn around the narrative of Africa’s biggest research organization, drawing over 800 insights from all categories of staff irrespective of professional classification.

The strategy, which I will talk about on another day, was people-oriented and prioritized research, partnership, capacity building, and impact on the farm level.

From the outside, this approach was criticized as taking IITA to the realm of development, but to us, in IITA, this was certainly what Africa needed—a de-emphasizing on research pilots to delivery at scale.

Through this strategy, IITA supported countries such as Nigeria, the Democratic Republic of Congo, Tanzania, etc., to transform their agricultural sectors. The institute was able to increase its annual budget by more than threefold from $40+ million.

Dr. Sanginga kept his promise of rewarding staff, increasing remuneration within the framework of current realities, and promoting exceptional brains. Today, IITA is on a better footing in research, delivery, and infrastructure.

As one of Dr. Sanginga’s mentees, I learned a lot of things that are already shaping my career path. Some of his nuggets are: 1. Never look down on anyone. 2. Never isolate yourself 3. Be the best in your profession. 4 Publish, publish, publish.

Dr. Sanginga, I cherished the time I spent with you and your lively wife—Mummy Charlotte. As you depart in the next few days, it is hard for me to say goodbye. When you came, I made a promise never to leave IITA until you completed your tenure so I could continue to be a pillar of support. Today, I am glad we are leaving at the same time. One attribute we have in common is our love for IITA, which is indisputable. Once again, it is hard to say goodbye, but I wish you all the best. I will continue to keep in touch to learn from your wisdom.