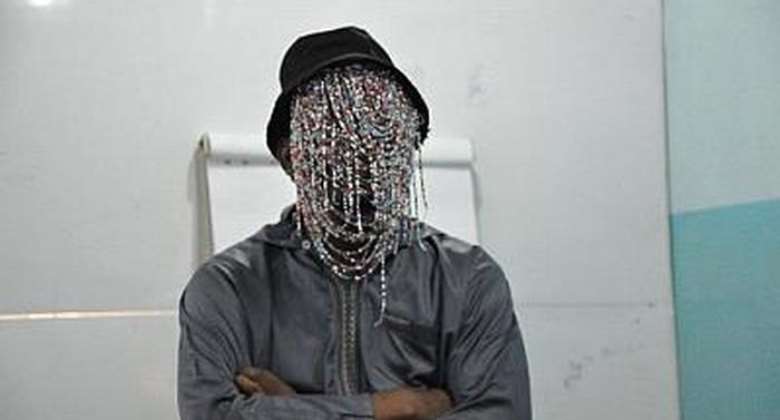 I am in two minds about Anas’ latest exposé on galamsey economy in Ghana and those facilitating them.

I still stick to my previously candidly expressed views on Anas Aremeyaw Anas and his Tiger Eye PI’s investigative journalism. Their style of practice of journalism is that of blackmailing, extortion and ethically unprofessionalism.

Anas and his team purposely set traps for their intended victims by enticing them with money camouflaged as offer of gifts but not bribe.

The would-be victims’ understanding that they are genuinely being offered gifts, later turns out to be their worst nightmare.

Anas edits his secretly filmed interactions with his victims without their slightest knowledge and finally premieres the footages as exposé on caught corrupt officials; accusing the victims of engagement in corrupt practices frowned upon by the laws of the land.

Taking one step back, let me emphasise that once the money-gifts are taken, Anas and his team after their conversations with the victims in the guise of discussing genuine business initiatives and cooperation with them, will finally edit their secretly filmed engagements or interactions with the victims. They present the films to them in the form of having taken bribes. They subsequently ask the victims to pay them (Anas and his team) heavy sums of money to prevent the team from showing the footage to the public.

Any victim failing to fulfil the conditions set, thus, the money being demanded by Anas, will have themselves to blame. Anas will present the footage on him or her as having involved themselves in acts of malfeasance infringing the criminal laws of Ghana. This is blackmailing and extortion!

It is a criminal offence by the Ghana Criminal Code 1960 Act 29, to extort money from others. Hence, Anas in his ignorance of portraying others for their breach of the law, ends up breaking the law himself.

I don’t want to go into the details of how investigative journalism is done since I have discussed it in relation to Anas’ modus operandi in my previous publications.

“Investigative journalism puts the spotlight on abuses of power, finding stories that are flying under the radar and sharing them in the public interest”

Investigative journalist does not go about setting people up. Anas arranges with his partners on pretence of seeking to establish businesses in Ghana hence seeking a facilitator. They would have planted secret cameras at the venue of their meeting. They will then invite a Ghanaian official or anyone they intend putting into trouble, over.

During the meeting, Anas and his colluded agents will part with some money to their would-be victim who is actually the facilitator, on the understanding that the money is partly for their expenses so far incurred and partly as a gift to them. Once the victim is caught on camera taking the money, Anas will edit it to appear as though the victim has accepted bribe from him.

Assuming without admitting that the person has taken a bribe, does the criminal law not punish both the giver and taker of bribe? Why is Anas not punished but the alleged bribe takers?

Is it not a criminal offence for Anas to demand heavy money payment from some of his alleged bribe-taking victims to drop them from his films implicating them in bribery?

In a nutshell, an incident, thus crime, should first take place before an investigation is conducted into it, or there must be a strong perception of a crime about to be committed to trigger investigation to detect, and forestall ,it. In the absence of both, what else can warrant investigation, if there was at all a need for it?

What Anas does is completely illegal as has been proven by Kennedy Agyapong’s counter “who watches the watchman” premiering.

Nonetheless, on Anas’ setup investigation into galamsey activities supposedly filmed in 2018, as criminal as his modus operandi was, some people caught in the film are saboteurs, criminals and unworthy of their official work. Some people took bribes on intent to facilitate the perpetuation of the ongoing devastating illegal surface and alluvial mining (galamsey) in the country.

The office clerk, or whoever he was, and the military personnel captured in the video, are nation wreckers who deserve to be sacked, prosecuted and sentenced. The money they accepted from Anas and his team amount to bribery for the fact they made suggestions as to how they could help them do galamsey business, although prohibited by the government.

In all other cases and instances, Anas sets the people up, offer them gifts and then come public to claim that those people have accepted bribes hence are corrupt officials.

If he were in any civilized white man’s country, he would be behind bars by now, or rendered a pauper by the series of civil suits he would have had to face with.

Anas is a quack, thanks to Kennedy Agyapong’s premiered “Who watches the watchman”.

It is only mentally deranged persons that will continue to see Anas as any credible criminal investigative journalist. He is a criminal, simple as.