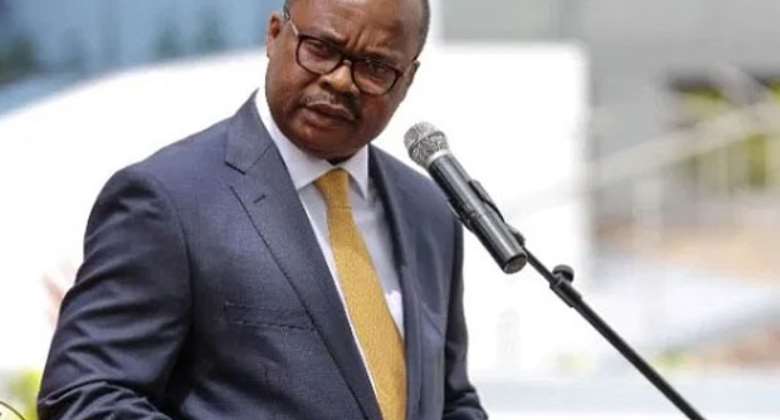 According to the central bank, the figure represents 75.9% of the country's Gross Domestic Product (GDP) compared with 76.6% of GDP for GH¢351.8 billion at the end of December 2021.

He stated that the external sector developments showed mixed trends in the prices of Ghana's main export commodities, adding that Brent crude prices eased from the highs of over US$100 per barrel to US$93.6 per barrel in October 2022, recording a year-to-date growth of 25.1%.

“The recent decline in crude prices mainly reflects global recession fears amid weakened growth momentum in China. Gold prices trended downwards to US$1,666.7 per fine ounce in October 2022, representing a drop of 6.9%, on the back of a strong US dollar and rising interest rates,” he noted.

He said cocoa prices settled at an average price of US$2,337.71 per tonne in October, down by 5.8% year-to-date, owing to expectations of a large crop and mixed grinding data.

Dr. Addison said the higher deficit was on account of higher payment outflows in the services and income accounts, which offset the significant improvement in the trade surplus recorded over the period.

“The capital and financial account recorded significant outflows amounting to US$1,486.0 million during the review period, compared with inflows of US$3,491.0 million a year earlier,” he pointed out.

According to him, the outflows were explained by portfolio reversals, reduced FDI inflows, lower private capital inflows, and higher build-up of deposit taking corporations' foreign assets.

He said provisional data on fiscal operations for January to September 2022 resulted in an overall budget deficit of GH¢41.7 billion (7.0 % of GDP), against a programmed deficit target of GH¢36.7 billion (6.2% of GDP).

The corresponding primary balance was a deficit of 1.6% of GDP, against a deficit target of 1.0% of GDP. The higher-than-projected deficit was on account of revenue shortfalls alongside expenditure overruns, he added.

He added that the resulting overall fiscal deficit of GH¢41.7 billion was financed mainly from domestic sources.