Oops!! This is unprofessional 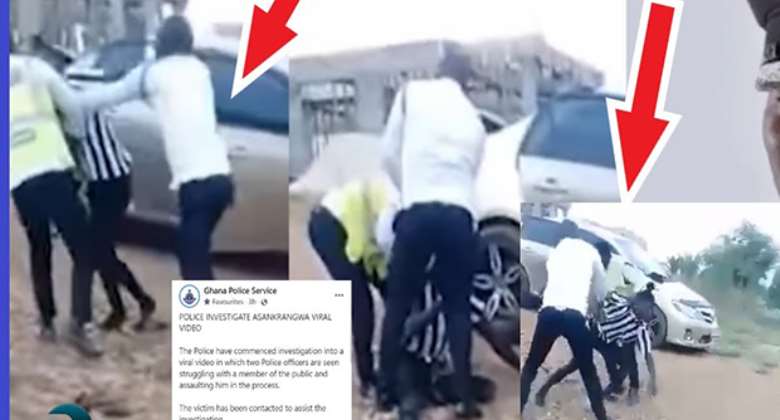 The recent spectacle of two police officers, as it were, assaulting a member of the public has definitely come to the notice of the Police Administration.

The normal procedure when such nasty and unprofessional occurrences are observed is for their referral to the relevant unit, and in this case, the Professional Standards Bureau (PSB) for investigation and appropriate action.

In a social media-powered environment such as we are in now, it is amazing why police officers would conduct themselves the way the cops did and do not expect the subject to go viral.

It is not our intention to subjudicate the subject even before the PSB complete their investigations. Suffice it to, however, point out that this is not the first time that such acts of unprofessionalism are meted to the public. It might even not be the last and this is worrying and points at a systemic challenge which needs addressing at the training centres.

We have said it before and would repeat it once more that the need for recruits, because of the nature of the work of the cop, which entails interacting with the public constantly, they must be taught some Public Relations rudiments enough to have them conduct themselves in a manner that would protect the image of the law enforcement department.

Equally important is the need to instill in them etiquettes, something which by the conduct of many of them, they lack.

The foregone might sound simplistic but they are crucial if we are to protect the image of the police and restore public confidence in them.

We have noted the efforts by the IGP and his Police Administration team to ensure professionalism within the rank and file of the service. This notwithstanding, the ultimate would not be achieved in a day and would need time. They must continue to steer the boat towards the ultimate destination of a professional law enforcement department devoid of the ilk of the two officers whose conduct prompted this commentary and public worry.

The Floyd episode in the United States shows how human frailties crop up even in the best of the law enforcement departments. It, therefore, demands of the Police Administration to fashion out a better and swift response mechanism through which infractions can be addressed.

It is important that when such infractions occur, the outcomes are relayed to the public because, it is not enough to put out releases about investigations and not announce the outcomes.

We, for instance, noted the public displeasure of the description of the spectacle as a struggle between the cops and the victim. Of course that was not the case. The kicking of the victim could have led to an “I Can't Breathe” situation and ultimate fatality.

We are standing by.