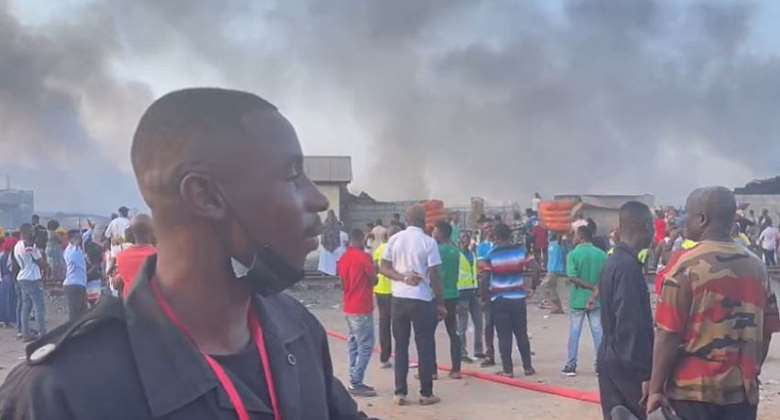 There has been a fire outbreak at Kantamanto market close to the railway line.

The fire incident from the reports gathered occurred around 4:30am when traders and people close by were now getting out of bed.

The fire did not only gut several structures but also destroyed goods running into thousands of cedis.

It is understood that the fire started in one structure and spread to a number of structures close by, destroying everything in its path.

According to sources, there could have been chaos if not for the quick intervention of firefighters who reported to the scene.

Before their arrival though, some traders who do business in the affected structures with the help of neighbours fought the fire with water from taps carried in headpans.

Fortunately, their efforts complemented by the firefighters helped to douse the fire.

Investigations are underway into the cause of the fire.