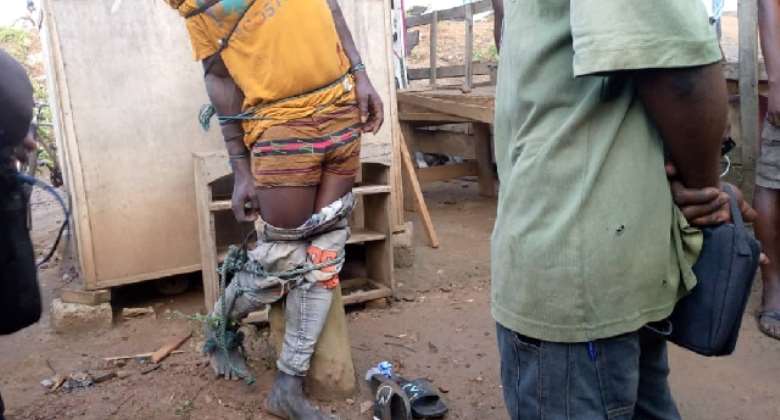 A 28-year-old man popularly called Great Karim, has been caught red handed stealing fowls at Mankessim in the Mfantseman Municipality of the Central Region.

The man was caught in the early hours of Monday, 28 November 2022 by some residents of the area.

According to the residents, the man was found in one of the cages meant for the fowls with a sack in which he had already packed over 50 fowls from previous cages he entered.

Narrating the incident to Class FM’s Central Regional Correspondent, Nana Tawiah, the residents indicated that the man was caught while trying to steal more fowls.

According to an eye witness, he watched the man pick the fowls one by one from the new cage, but while attempting to place them into the sack, he was caught by some residents.

He was identified as a popular fowl thief who has also been caught stealing children’s diapers and mobile phones.

The residents tied the man up with a rope onto a nearby electricity pole and flogged him in preparation to set him ablaze, as they indicated that they would not send him to the Police in order to teach him a lesson.

Someone, however, reported the incident to the Police, while the man was still tied to the electricity pole.

The timely intervention of the Police saved him from the angry residents.

He has since been taken to the Mankessim Divisional Police Command.