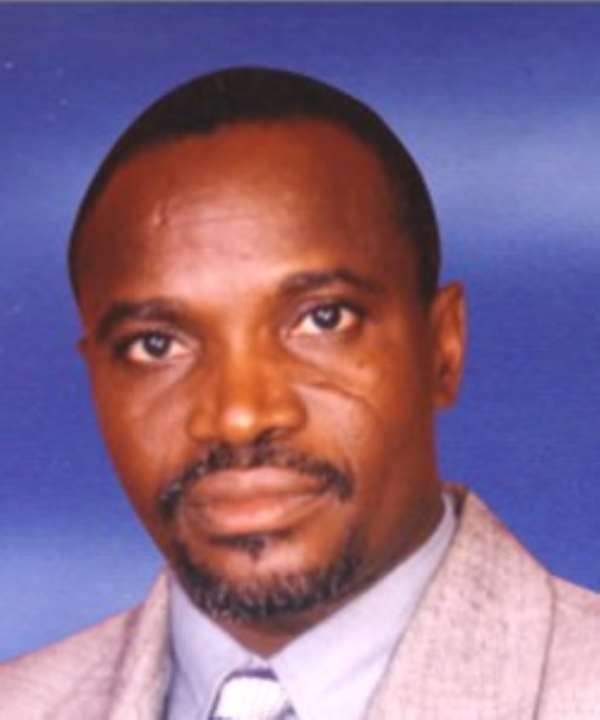 The National Democratic Congress has dismissed Moses Asaga, the member for Nabdam as the Minority Spokesperson (Ranking Member) on Finance and Economic Planning. The decision to remove the former NDC Deputy Finance Minister from the position he has held since 2001 was taken yesterday.

According to our parliamentary sources, the reason for removing the renowned economist from the very important position of shadow finance minister was that he was seen by his party as "too soft" on the government.

"He's not hard hitting enough," an NDC MP told The Statesman yesterday, adding, "We also find him as being too close to the Minister of Finance - both the current one and Osafo-Maafo in the past."

With two years to the next general elections and the NPP being widely seen as better managers of the economy, the NDC leadership feel desperate for an extremely hard-hitting Momus to attack the NPP where the ruling party seems to be wining the two-party battle.

And, it may come as little surprise that they are settling on the eloquent and leading critic, Ben Kunbuor, the MP for Lawra/Nandom.

In 2005, NDC founder Jerry John Rawlings initiated a move to replace Alban Bagbin with Dr. Kunbour as Minority Leader, but was forced to abandon it after the attempted coup proved too unpopular within the Minority caucus.

Dr. Kunbuor, the former President's loyalist and lawyer, is a leading tax expert, whose grasp of economics is not in doubt.

Whilst many see Mr. Asaga's friendly-but-firing style of opposition as constructive, many within his party were suspicious of him, seeing him as being compromised.

In May 2004, his colleague, former NDC Deputy Minister of Defence Tony Aidoo, demanded the resignation of Mr. Asaga for leading the Minority to endorse the CNTC loan agreement which was later on embarrassingly aborted by Government.

Dr. Aidoo told the Chronicle at the time, "I think that there was a misleading element in the representation of the whole loan package and I think that the person who should take the whole responsibility is Moses Asaga. Either Moses Asaga has behaved very irresponsibly or, excuse me to say, he has been incahut (sic) with the NPP government."

Yet, on all the big issues, Mr. Asaga, has not been soft on the NPP. In October 2005, he staged an unsuccessful campaign to get Government to reverse the decision to increase petrol price from ¢30,500 to ¢32,000.

Three years earlier in February 2002, the Minority Spokesman on Finance famously diagnosed the national budget to be suffering from "kworshiokor" because it lacked the "necessary ingredients for growth". He again described a subsequent budget as "Wahala".

He again tore into this year's budget, describing it as "Azaa". He was, however, forced by the Speaker of Parliament to substitute 'Azaa' for "disaster" because it failed "to invest in people or provide jobs for the people".

He said the 2002 target of real Gross Domestic Product of at least 4.5 percent was too low and that it was an excuse for non-performance. "Ghana's economy needed to grow more than 5 percent and even hitting the eight percent mark if we are to reach middle income levels by 2020."

Yet, when the Statistical Service Department came out in 2005 to say the economy had grown by 5.8 percent, Mr. Asaga said the calculation was false.

He was very much at the forefront of the private sector fight against the National Reconstruction Levy, which he described in 2002 as "killing industry".

In February 2004 he described a price control task force announced by the then Finance Minister as "a political gimmick," and so it turned out.

When in 2000, Kofi Konadu Apraku, the then Minority spokesman on Finance, described the NDC government's 2000 budget statement and economic policy as "hopeless and lacking direction," it was Mr. Asaga who came out fighting back.

He dismissed the Minority claims as "unnecessary," promising that the 2000 budget statement was a "fulfilling one stuffed with the needed ingredients to propel the private sector and general growth," and "that lowering inflation will continue". Inflation ended the year over 40 percent.

With him out of the way, we may say goodbye to Asaganomics.

MMDCEs race: 18 file for appointment in Sissala East and Wes...
57 minutes ago

Akufo-Addo fly to Paris
1 hour ago