Pay Back Our Oct Salaries - NAGRAT 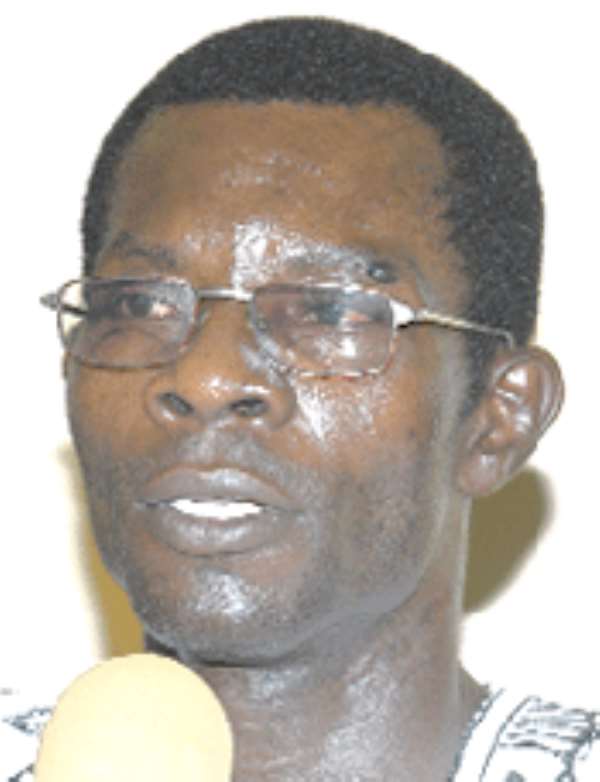 Members of the National Association of Graduate Teachers (NAGRAT) in Accra who returned to the classroom yesterday have appealed to the government to take immediate steps to pay back their October salaries.

Most of the teachers the Ghana News Agency (GNA) spoke to said although they had returned to the classroom, their presence would not be effectively felt by the students if the authorities did not release their salaries.

“They want us to teach but meanwhile they have blocked our salaries. How can you muzzle the horse and expect it to work? It is practically impossible,” a teacher who wanted to remain anonymous said.

The Controller and Accountant-General withheld the October salaries of the striking teachers on the orders of the Ghana Education Service (GES), which has also warned that teachers who are not in the classroom by November 10 will forfeit their November salaries as well.

At the Accra High School, the teachers had reported for duty and teaching was in full session. The Headmaster of the school, Mr Isaac Ohemeng-Gyebi, said he had mapped out a series of strategies to make up for the time lost during the strike.

“We are likely to extend the official vacation date from December 15 to 22, as well as the daily closing time,” he said.

Mr Ohemeng-Gyebi complained about the government blocking the teachers' October salaries, which could hold some of them back and disrupt the smooth execution of his programme to catch up on lost time.

He appealed to the GES to, as a matter of urgency, pay the October salaries to give the teachers the needed impetus to stay in the classroom.

The headmaster said he was optimistic that with the measures adopted, coupled with the experience the teachers had, the students, particularly those in final year, would come out with flying colours.

One of the teachers stressed that NAGRAT had declared a “holy labour war” and was poised to fight to the end, saying, “We are back but the struggle is not over; we have only changed our mode of operation.”

He said their return was basically due to public concerns and not because of the threats by the government and asked why no action was taken against workers in other areas who also went on strike to push their demand for better salaries.

At the Labone Secondary School, the Headmistress, Mrs Osei Agyekum, said teaching was in progress but pointed out that final-year students had no problem, since the teachers were teaching during the strike.

“We only need to extend the closing time and urge the students to report to school early for the maximum use of the time to redeem what is lost,” she added.

At the St Thomas Acquinas Secondary School, the authorities were holding a meeting with the teachers who had reported at the time the GNA got there.

At the Osu Presbyterian Secondary School, some teachers were spotted around but teaching had not begun.

Some of the students told the GNA that they were happy that their teachers had finally called off their industrial action and expressed optimism that they would double their efforts to make up for lost time.

At the Accra Girls' Secondary School, the Headmistress, Miss Veronica Akapame, confirmed that all the teachers had returned to the classroom to teach, reports Michael Donkor.

She said she was happy that they had listened to the directive by the leadership of NAGRAT to return to the classroom.

She, therefore, urged stakeholders involved in the matter to do their best in finding a solution to the impasse to ensure smooth and uninterrupted academic work.

NAGRAT on Wednesday communicated to its members the ruling of the Accra Fast Track High Court that declared the strike illegal and ordered them to return to the classroom.

A terse statement signed by Madam Marjorie Affenyi, the Publicity and Organising Secretary of NAGRAT, said: "The Accra High Court (Fast Track Division) has ruled that the strike by teachers is illegal and should be called off.

The court, by its ruling, has ordered all NAGRAT members to return to the classroom. We are by this release communicating the ruling of the court to members.”'

The President of NAGRAT, Mr Kwami Alorvi, told the GNA in an interview that NAGRAT was obeying the court.
“We are obeying the ruling of the court,” he said.

“We have filed an appeal against the ruling but the date has not been fixed as yet. That is why we are taking this action,” he said.

Meanwhile, teachers in the Ho municipality are yet to return to the classroom, in spite of the directive from the national leadership of NAGRAT to do so.

While some basic schools visited by the GNA remained closed, second-cycle schools were without teachers, although students were seen around.

Some students of the OLA Secondary School who were studying privately in the school's library told the GNA that their teachers were not at post.

At the Mawuko Girls' Secondary School, students could be seen in groups loitering on the compound, while at the Mawuli School some of the students were tidying up the classrooms in anticipation of the resumption of classes.

The Volta Regional Chairman of NAGRAT, Mr Dan Yorgbe, told the GNA that the members were not yet in school because they were not sure of the directive as reported in the media.

He said the regional secretariat would meet its membership today to explain the court ruling to them for them to decide on their next line of action.

NAGRAT members embarked on a crippling strike action on September 1, 2006 that kept them away from the classrooms and put the future of students, especially SSS three students who will be writing their examinations in May/June next year, at risk.

Several efforts by various groups to end the strike failed and some members of the rival teachers union, the Ghana National Association of Teachers (GNAT), also joined the strike.

Some regional branches of NAGRAT have called off the strike and asked members to resume teaching.
The strike was to back demands for a review of the salaries of workers, especially those of teachers.

The graduate teachers also asked the Controller and Accountant-General to stop the use of Auto Code which affected deductions from teachers' salaries and the replacement of the acting Director-General of the GES, Mr Michael Nsowah, whose compulsory retirement was due last year.