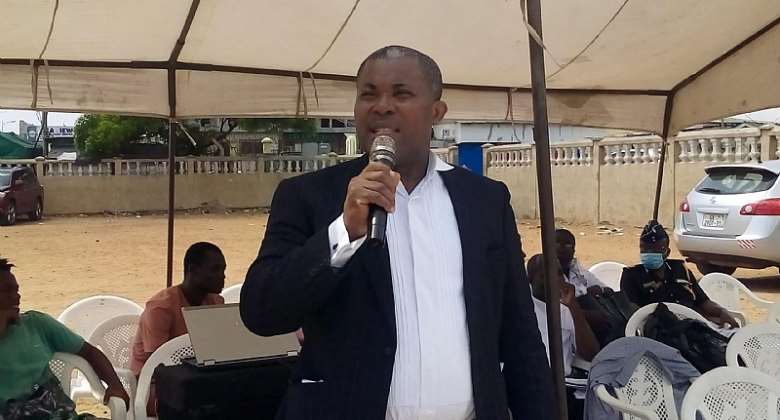 Mr Cephas Essiful Ansah, a Legal Officer at the Commission on Human Rights and Administrative Justice (CHRAJ), has urged women to develop their skills to gain employment.

He said this would enable them to become self-reliant, end their overdependence on their husbands and end gender-based violence in the country.

Mr Ansah gave the advice at a sensitisation programme organised to commemorate this year's 16 Days Activism Against Sexual and Gender-based Violence, on the theme: “UNITE! Activism to End Violence Against Women and Girls,” at Jamestown, Accra.

The sensitisation was organised by the International Network for Religious Leaders living with or personally affected by HIV/AIDS (INERELA+ Ghana).

The 16 Days of Activism is an international campaign marked between November 25 and December 10, every year.

Data from the Domestic Violence and Victims’ Support Unit of the Ghana Police Service indicates that, 710 cases of physical abuse, 305 cases of rape, 1,047 cases of defilement, 77 cases of economic abuse and 913 cases of emotional abuse were recorded in 2020.

A 2016 Domestic Violence Survey in Ghana also revealed that approximately, 27.7 per cent of Ghanaian women have experienced at least one form of domestic violence being either physical, economic, psychological, social, or sexual violence in their lifetime.

Mr Ansah advised women who encountered such abuses to immediately report to law enforcement agencies to ensure that abusers were brought to book.

He explained that the Domestic Violence law, Children's Act, Criminal Offences Act, among others, were laws that survivors of such abuses could explore to ensure that perpetrator(s) were punished.

Mrs Paulina Louisa Essel, a Counselling Psychologist noted that many women had suffered mental health due to the abusive relationship they found themselves.

She advised that under no circumstance should a woman continue to endure abuse from their husbands all in the name of love and urged them immediately before such abuses got worse.

Mrs Mercy Acquah Hayford, Executive Director, INERELA+ Ghana commended traditional leaders in the area for getting involved in the fight against violence.

She noted that, aside sensitising the community members about such abuses, the organisation was also building the capacity of young girls and adults through skills training, among others.

She added with the level of empowerment it had given the community members, especially the young women, she was hopeful there would be much improvement in the desire to report all forms of abuses.

He, therefore, called on the government, Ghana AIDS Commission and donor partners to re-strategise and come up with a new programme to address stigma.

“We, persons living with HIV believe that HIV does not kill but stigma kills,” he said.

Also, she entreated them to take advantage of skills training offered by INERELA+ Ghana, which would enable them to be self employed.