France and India in talks to deepen military cooperation 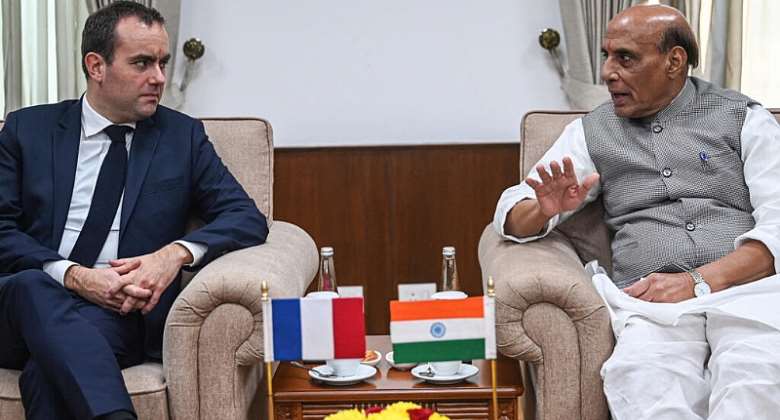 They also agreed to prioritise defence industrial cooperation pivoting on the “Make in India” initiative, which encourages companies to develop, manufacture and assemble products made in India.

“Had warm and fruitful discussions with the Defence Minister of France, Mr Sebastien Lecornu … A wide range of bilateral, regional and defence industrial cooperation issues were discussed during the dialogue,” Singh wrote on Twitter.

French ambassador to India Emmanuel Lenain meanwhile wrote on Twitter that both countries had agreed to “tackle common challenges”.

Ahead of the defence dialogue, Lecornu on Monday visited India's National War Memorial, where we laid a wreath in honour of the country's fallen soldiers.

The Indo-Pacific region is important to both India and France, with both countries calling looking to ward off Chinese dominance in the South China sea.

France is looking to build up its strategic partnerships in the Indo-Pacific region, which is home to 1.5 million French people as well as 8,000 French soldiers.

The country is currently chair of both the Indian Ocean Commission and the Indian Scan Naval Symposium.

India's sinking hill town, a casualty of the warming Himalay...
10 hours ago