CETAG to remain on strike as it waits on government 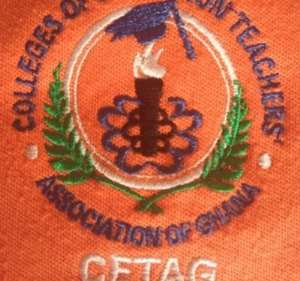 The Colleges of Education Teachers Association of Ghana (CETAG) has resolved to remain on strike as it waits on government to engage them over their demands for better conditions of service.

Members of the group have for the past two weeks laid down their tools as their leaders negotiate with government to resolve the matter but to no avail.

Students have consequently been affected by the strike, as teaching and learning activities have come to a halt in Colleges of Education.

The National Labour Commission (NLC) last week summoned the group after the Fair Wages and Salaries Commission sent a complaint to the enforcement body.

Speaking to Citi News, the President of CETAG, Prince Obeng-Hemang said the Union is bent on demanding better conditions from Government before it calls off its strike.

“As of last Friday the strike was still in force, and we went to the National Labour Commission following a summoning letter we received from the Commission on Wednesday around 12 noon. The Fair Wages and Salaries Commission made the complainant said they went and withdrew the case to pave the way for further engagement through their work. We were also in a national council meeting in Kumasi, so we told them we will be ready for any further engagement, but that will be after our council meeting. We were waiting for written notification from any agency willing to engage us, and then we will proceed to attend. So Council determined that we should proceed or continue to be on the strike until such a time that the conditions and all the things we are asking for are given. So we will be in a position to further engage if we get an invitation from the government,” he said.

CETAG is among other things on strike over the “non-finalisation of Conditions of Service (CoS) negotiations, unilateral determination of April 2023 by the Fair Wages and Salaries Commission (FWSC) as the effective date for placing First Degree Holders of CENTSAG on 17H on the SSSS, and undue delay by the Ministry of Education in responding to our request for payment of compensation.”

Meanwhile, the Colleges of Education Non-Teaching Staff Association of Ghana (CENTSAG) which also went on strike for similar reasons has suspended its industrial action after reaching a consensus with Government.

Election violence in Nigeria's south east is threatening to ...
29 minutes ago