Kudos to the Black Stars; that was a thoroughly deserved victory – Akufo-Addo 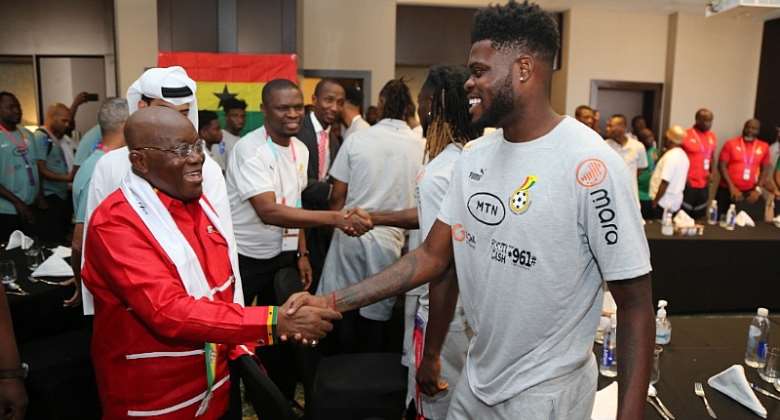 The President of the Republic, H.E Nana Addo Dankwa Akufo-Addo has commended the Black Stars of Ghana for defeating South Korea in the second Group H match of the 2022 FIFA World Cup.

The national team on Monday afternoon put up a top performance to escape with an important victory.

Reacting to the victory in a post on social media, President Akufo-Addo has stressed that he is proud of the Black Stars for fighting for a thoroughly-deserved victory.

“Kudos to the Black Stars. Hard fought, but thoroughly well-deserved victory against South Korea. Proud of the entire team and the unalloyed support given to them by all Ghanaians. Now to the final group stage game against Uruguay,” President Akufo-Addo posted on Twitter.

Ghana today cruised to a crucial victory over South Korea thanks to a starring performance from youngster Mohammed Kudus with a collective effort from his teammates.

The Ajax forward netted a historic brace to inspire the Black Stars to the much-needed win.

In addition to his two goals, defender Mohammed Salisu netted the other decisive goal.

The national team will take on Uruguay in the final Group H match on Friday, December 2.