Takoradi, Nov. 28, -The struggle for fish to escape poverty and improve lives has over the years birthed '' sex for fish'', a practice widely seen as the major cause of sexual exploitation under Gender Based Violence (GBV) in fishing communities. In a quest to sustain or improve livelihoods, women against their desires, morals, and conscience trade their bodies to get fish to sell while men rely on this as a caveat to give out fish. But is this practice a myth or reality?

Most rural fishing communities are poor as a result of improper education and income. Transactional sex involves exchanging sex for material support or other benefits. In most cases, young girls are involved. This practice entails coercing women and young girls into sex in exchange for fish to meet basic needs.

The gender social dynamics of fishing communities, poverty, and transactional sex enhance women's risk of developing Sexually Transmitted Infections (STI) and induce mental and emotional instability, particularly for women. Esi Arthur, (not her real name) is a 36-year-old fish seller in Bonyere, a fishing community in the Western Region. In the last nine years, she has been actively involved in this practice of sex for fish. Though she has made the radical decision to stop this practice, her efforts have proved futile as the unavailability of fish to process and sell declines. On top of that, the fishing business remains her only source of livelihood.

Esi shares her story with tears in her eyes. As supplies of fish diminish, fishermen demand sex in exchange for fish to be sold, and in her opinion, that m es her feel she has no choice.

''Nine years ago, I had to agree to this to feed my children and that has been my story ever since, no man will be ready to give you free fish so that you make accounts after selling, they demand sex and give you the fish'', she recounted. Esi confirmed that depending on the catch for the day, she gets at least two basins of fish after each expedition and in most cases, the best catch comes to women who are ready to give sex.

Speaking on some effects of the practice, Esi noted that she mostly feels vulnerable to men, has low self-esteem, is undignified, and most of the time had to deal with unintended pregnancies adding that it was also not a dependable source of income.

Linda Ekuba, (not her real name), a 28-year-old fish seller at Biriwa in the Central Region said her first transactional sex experience came to her at a point in her life when she needed help most, and was almost depressed and hopeless.

She said with her three children, it was nearly impossible to feed them without selling fish,” so I agree to these men to have their way with me, after all that is all, they ever want and in exchange give me some quantity of fish to sell”.

One thing, according to her which made her very vulnerable was when fishermen asked to exchange the body of her 12-year-old daughter for fish, “and oh, I felt petty, stupid and ashamed of my motherhood”

With tears welling up in her eyes, Ms. Akuba lost count of the number of times she has had to exchange her body for fish adding that her last two children were the results of some transactional sex experiences she has had.

She said she could sell about 12 to 15 basins full of fish weekly when she agrees to the caveat of sex for fish, but said it was not something she was proud she would not want her children to emulate.

Feeling very reluctant to tell her story, 19-year-old Essuon, as the only name given has been in the fishing business all her life at the expense of her education, her late mother was a fishmonger and that is what Essuon has also always wanted to be.

However, her dream of taking after her mother's businesses looks blurred as she struggles for fish and other necessities to facilitate her work to fend for herself and her only child. 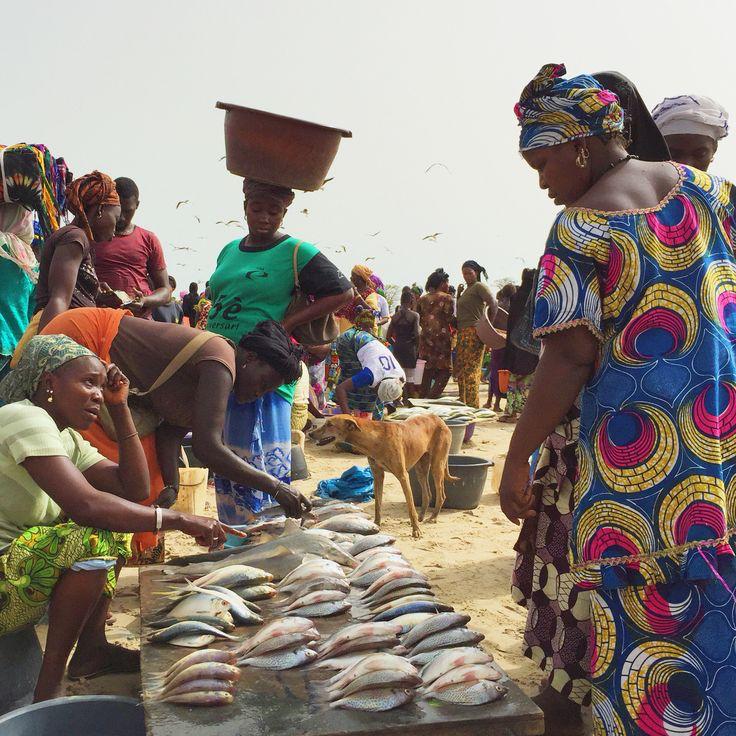 She confirmed having to not only exchange sex for fish but virtually depend on it as a means of survival.

'These fishermen started forcing me for sex at a very tender age and were giving me nothing, but I started exchanging it for fish when my mother died and I had to make ends meet, some give me fish to sell, others buy me clothes and other things''

Essuon said she felt guilty anytime she had to concede to sex for fish but described herself as helpless, she also recounted times when she was refused fish because she wanted to take them on credit and make payment after sales.

'Who said this is a myth, this is my story and I know I'm not alone in this, there are several other women who are sexually exploited just to be given fish to sell to feed families, this is the reality here in my community''

''it is not always men who ask for sex before giving out fish, sometimes these women come to us to offer themselves on condition that we give them a share of our catch''

He conceded that the practice was bad and most times women will have to go through all that because they have families to feed or no alternative livelihood.

WHAT DOES THE LAW SAY?

Chief Superintendent George Appiah-Sakyi, Central Regional Director of the Ghana Police Service's Domestic Violence and Victim Support Unit indicated that sexual assaults of any kind, including rape, defilement, unnatural canal knowledge, and harassment, are regarded as very serious offenses in Ghana; however, the same cannot be said about transactional sex, which is always based on agreement. He underlined the essence of education and sensitization as key to eliminating GBV in fishing communities. He said the discussions around this area were crucial and urged all particularly journalists to lead the front against sexual violence and all other forms of abuse in fishing communities

He reiterated that there is no justification for violence, everybody must play their part to ensure that together we win the fight.

Adding her voice, Mrs. Emelia Abaka Edu, Western Regional President of the National Fish Processors and Trade Association (NAFTA)said for years back fishing communities were experiencing bumper harvests, and as such women were able to get fish at low prices to take to the markets.

For over 20 to 25 years now, the fishery has been on the collapse and that has yielded great hardship for all particularly single mothers who would have to fend for their children alone with no father figure, this, she said has forced women to concede to the idea of sex for fish.

“GBV is very prevalent in our communities and here you will see all forms of abuse, men beat women, extort them, sexually and emotionally abuse them and that has been the story for as far I can remember because women usually do not have the voice to speak for themselves”.

Speaking about NAFPTA's role in curbing transactional sex, the Regional President said it initially instituted measures to legally take up issues of abuse but the Association has difficulty accessing legal aid.

She said the Association was now doing well with community sensitization and education programs to build the capacity and empower women to say no, they had also commenced Village Savings and Loans (VSLA) to help solve some pressing financial needs of women and to help women build themselves up to fend for their families and above all teach them the good ways of doing business to make a profit.

“These loans are given to women in the Association who want to inject some money in their fishing businesses or want to do other things with flexible payment methods to allow them to work and pay just so that men do not succeed enticing them with fish that they afford to buy and sell.”

The President said it was time women considered other alternative livelihood options because abuse and exploitation would be on the rise as the pressure on the sea and its resources worsen, she advised that women started engaging in petty trading, farming, and other areas that could serve alternatively as a source of income.

She urged women to stand up for themselves and have the conviction that they could do without engaging in sexual agreements for survival “make decisions you will be proud of, be up and doing and sim to be independent, this way you attract the respect, help, and support that you need to get through your difficult times”. 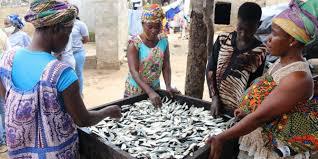 Nana Kofi Krah, Chief fisherman of Elmina observed that actions taken to deal with transactional sex in the past had been at a point successful but growing economic hardships have resurrected the practice in most fishing communities

He said the practice has been going on for quite some time and was deeply rooted and expressed the fear that the younger ones were likely to inherit the practice.

For him, one of the surest ways to look at this was to intensify institutional education and sensitization to correct the wrongs and mitigate the processes that lead to the act by making available alternative livelihood options for women.

To the able to abolish it, there will be the need to sit with the communities to recognize it as a problem and find lasting solutions that come from the people, ''because that is the only way they would be able to appreciate and embrace the change.