The 'Nkabom' budget is full of hope for Ghanaians 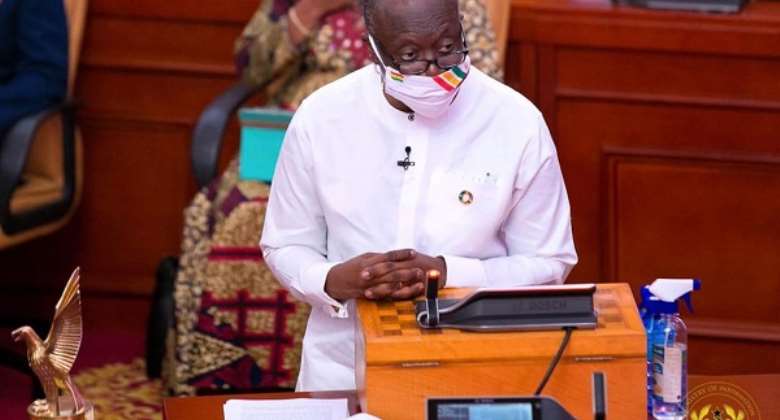 Contrary to the negative and propagandist claims by the opposition National Democratic Congress (NDC)that the 2023 Budget is hollow, MNEWS' rounds in town indicate broadly a great acceptance of it, with some dubbing it as not only an 'NKABOM' Budget, but also an 'AGYENKWA' Budget which is capable of turning our fortunes around if strictly implemented

Proving to be enigmatic, Mr. Ofori-Atta has had to confront and scale a lot of dubious and vexatious impediments both from his own party, the New Patriotic Party (NPP)and the NDC within Parliament.

These elements had previously vowed to prevent him from presenting the Budget Statement, falsely accusing him of incompetence and corruption which they claimed has culminated in the current economic challenges confronting Ghanaians.

"All said; On the face of the available facts and what transpired at the Adhoc Committee, these accusations have all proven to be palpable lies and propaganda", says an NDC bigwig, who pleaded anonymity in a conversation with Multinewsonline.

Contrary to expectations, the House was so calm and civil that one could not believe, it was the same Members of Parliament (MPs) who had earlier on called for the resignation of the Finance Minister, using various fora including press conferences, petition to the President, Nana Akufo-Addo and even parliamentary instruments.

In his usual white African Kaftan, Mr. Ofori-Atta looked calm and relaxed and stranegely never experienced any heckling from any quarters till he delivered the Budget Statement in a little over an hour.

He acknowledged the economic difficulties that Ghanaians are going through, attributing them to the post Covid 19 ravages, including the enormous fall in revenue collection, the increased government expenditure and the Russia-Ukraine war among others.

In his usual gentlemanly posture, he praised Parliament for supporting government programmes and eventually passing the E-Levy Act, the Fees and Charges Act, the Exemptions Act and the US$750 Million Afrexim Loan among others.

Measures To Rest The Microeconomic Stability Of Ghana

The Finance Minister announced measures to reset the Ghanaian Macroeconomic Stability which is very vital in addressing the rising cost of living.

As expected, the Finance Minister reviewed the E-Levy tax rate from 1.5% to 1.0% and then removed the GHC100 threshold in line with increasing revenue tax generation.

According to him government employment of civil and public servants has been freezed for the 2023 financial year.

Government is to cut imports by 45% and the Value Added Tax (VAT) has been increased by 2.5%.

The Minister also announced government's ban of the use of V8, and V6 vehicles in town, except for cross-country travels.

He announced too one major road project that the government will undertake in 2023, and that is coverting the Tema-Motorway into a five-lane way and also remodelling the Tetteh Quarshie Interchange.

As the world is barely recovering from the ravages of Covid 19, another cataclysmic storm has struck the globe, sending it out of its hitherto socio-economic equilibrium.

Vladimir Putin, the Russian dictator, in his delusion; thought he could strip Ukraine of its sovereignty overnight on February 23,2022.

This madcap scheme, however, has brought an untold economic stress on every country on the globe, including Ghana.

But instead of being guided by patriotism and a better vision for the country, some politicians have seen in this unfortunate development an opportunity to politicise the hardship that Ghanaians are going through for their parochial benefits.

These politicians - both Majority and Minority Parliamentarians - have ganged up against the President, Nana Addo Dankwa Akufo-Addo, condemning him as the cause of the ongoing hardship, and calling for his resignation as well as his Finance Minister.

Sinister Move Against Ken Ofori - Atta Was Dead On Arrival

This mischievous and sinister move was dead on arrival as the Minister, Mr. Ken Ofori-Atta, before an adhoc committee, probing the motion, rebuffed the allegations as if they were straws without any substance.

Even before the Committee confronted the Minister,the moderating co-chair, made up of a member each from both sides of the House, struck out the charges of 'despicable' conflict of interest, and legal payment of oil revenues into an offshore accounts, amounting to what they averred was a flagrant violation of Article 176 of the Constitution.

In reaction to the striking out of these two charges, the Honourable Minister wondered if "there was not a thorough review of the grounds as it should have been".

He charged at the sloppiness with which the grounds were prepared,saying that he was pleased with the decision to strike out those two and that he was certain that "Ghanaians will have a more balanced view of the events that led us here as I take the opportunity to speak to the matters so raised".