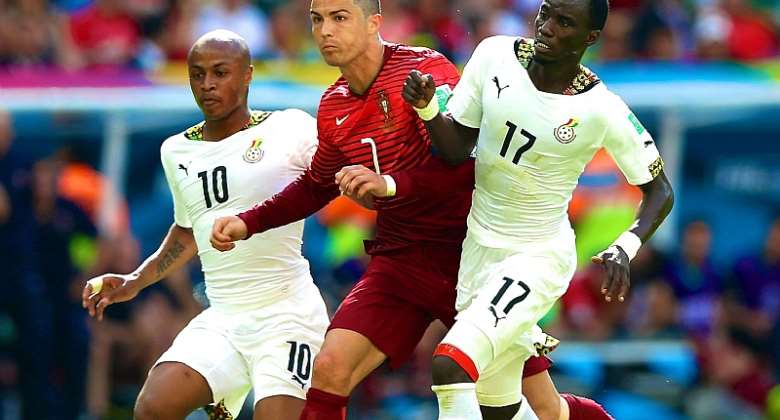 It is probably far more nuanced and psychologically and psychosocially more complex than it may seem on the surface of things. Nonetheless, the stark and incontrovertible fact of the matter is that the players of our Senior National Soccer Team, The Black Stars, went to Qatar, the United Arab Emirates, for the 2022 World Cup Championship Tournament with the same Inferiority-Complex Mindset as the overwhelming majority of the Ghanaian citizenry. You see, Dear Reader, the very first hint of such Tourney-Losing Mindset was readily reflected in the initial gut-reaction expressed all across the global Ghanaian community, when the official FIFA – that is, the International Federation of Association Football Organizations – announcement came, to the palpably “chilling effect,” that Ghana’s very first match was to be played against or with Portugal.

The reaction from a considerable number of my handful of Ghanaian friends and associates, and even my own just-turned-17-year-old son, reeked rancidly with the hint of a déjà-vu suggestion that, somehow, some nefariously minded officials on the FIFA Executive Board had deviously conspired or colluded to have Ghana eliminated from this most historic of tournaments as quickly as possible, perhaps within the early stages of the entire fiesta. The second strike in favor of the highly unlikely possibility of The Black Stars trouncing their Portuguese counterparts became readily evident from the whistle-start of the American Referee, with the name of “Ismail,” or some such historically suspicious name, which stereotypically did not give yours truly a lot of hope, that is, in case the Ghanaian side had any vacuous expectations that this traditionally “Do-or-Die” confrontation was going to be evenly and fairly judicated or officiated, notwithstanding the fact of an unusually remarkable number of The Black Stars players’ themselves bearing “Mohammedan Names,” for the first time since yours truly can remember.

To be certain, the most peevish of all the suicidal tendencies of The Black Stars, Coach Otto Addo, and the entire nation at large, was the morbidly embarrassing fixation with Ronaldo, the most globally renowned player on the Portuguese team. You see, in as much as Ronaldo had established an enviable reputation as a household name in the mythical world of soccer in a way that almost no individual Ghanaian soccer stars had achieved, both in the past and the present, did not really matter. After all, Ghana also have and have had our own Ayews, Muntaris, Boatengs and Gyans who are not exactly “John Doe Anonymouses,” even when compared with the Maradonas, Mourinhos, Messis and, Dear Reader, you guessed right, the Ronaldos. You see, the problem on the part of the Ghanaian soccer players, their coach and, to be certain, our entire nation, is our abjectly poor sense of history.

You see, anybody who has taken an educational trip to any of the slave forts and castles littering the country’s coastline would readily have recognized the fact that our being paired with the Portuguese was a Godsend chance for the Ghanaians to gamesomely and painfully remind the Modern Descendants of King Henry-The-Navigator that the rarefied strength and genius which made the latter anoint King Kwamena Ansah’s sons and daughters for the massive chattel enslavement and the fabled enrichment of Lisbon has yet to desert us. In short, the epic contest between Ghana and Portugal ought to have been realistically envisaged as “Payback Time,” in New York and mainstream American parlance. Now, what the foregoing means is that if it is not already an integral part of its player-training curriculum, the Ghana Football Association (GFA) and the National Sports Council (NSA) must immediately begin to integrate our painful slavocolonial past into the same, in particular the lingering trauma and the deleterious implications of the same.

But there is also a decidedly inescapable twist to the ethnically dominant composition of Africans in the world Cup Tournaments, since at least the globally celebrated emergence of Pele, the Afro-Brazilian “Soccer God” in the late 1950s and throughout most of the 1960s and the 1970s. Indeed, it may be a compelling recognition of this incontrovertible historical reality that prompted the legendary Portuguese-born soccer legend José Mourinho to make this morally and psychologically trenchant observation: “I want the world to realize that Africa is equal to everyone – they have the ability to win any game, only because most of their players are scattered all over the world playing for other countries. / I know I won’t be popular for making this statement, but FIFA should make things fair by refusing to let players represent other countries; this will make FIFA tournaments even more competitive, not one-sided.”

But, of course, it also goes without saying that it is the liberal and organic globalization of professional soccer and the healthy exposure of talented African soccer players to the transnational gamut of the multiculture of this most popular sport that has enabled a critical mass of Africans to modernize and laudably upgrade their soccer-playing skills. You see, being able to migrate and play soccer easily across the artificial boundaries of different countries has also expanded money-making avenues for these players, many of whom could otherwise not be able to significantly improve the quality of their lives and the lives of their family members and relatives.