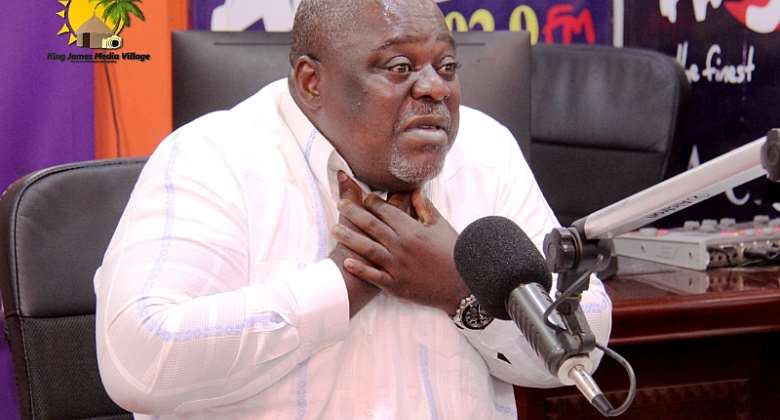 According to him, he doesn't care if people insult him for being against Asiedu Nketia who is contesting the national chairmanship race.

In a tweet on Monday, November 28, he wrote, “I am happy I am being insulted for campaigning against Asiedu-Nketiah.”

In a similar tweet, seen by Modernghana News on Monday, November 28, Koku Anyidoho again wrote, "NDC is NOT a monarchy nor a cult."

Though not directed at anyone, his recent attacks give a clue is his former boss, Asiedu Nketia.

Having served as the party’s general secretary for about 17 years now, the seasoned politician Asiedu Nketia says he is vying to unseat Mr. Samuel Ofosu Ampofo as the next national chairman.

According to him, it is time to give the younger ones the chance to occupy the party's chief scribe position.

In one of his numerous trolls at Asiedu Nketia, Koku Anyidoho clearly objected to his chairmanship bid, adding that the party will collapse if Asiedu Nketia succeeds in becoming the national chairman.

“Do you know how Asiedu Nketia orchestrated the defeat of the NDC in 2016? And he made sure we lost the TAIN seat? The day Asiedu-Nketia becomes Chairman of the NDC, that would be the burial date of the NDC," he wrote in a tweet in October 2022.