I will run Ghana like a business, bring unprecedented transformation when elected President — Kennedy Agyapong 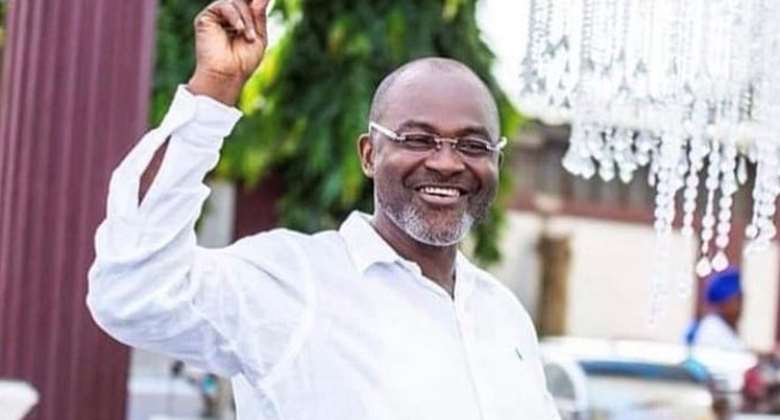 Aspiring flagbearer of the ruling New Patriotic Party (NPP), Kennedy Ohene Agyapong has promised to introduce a positive drive in the Ghanaian economy when elected President.

The Assin Central legislator said he will initiate plans to create an economy that will be the envy of countries around the globe.

Speaking in Kumasi as part of his grassroots engagement tours, the successful business magnate said he will use his business expertise to make Ghana's economy better.

According to him, he will focus more on agriculture and make it more attractive, just like neighbouring countries such as Cote d'Ivoire and others are doing to provide jobs for the youth.

“I have plans to create globally competitive industries, make commercial farming attractive like what pertains in Cote D’Ivoire, Tanzania and other industrial countries.

“Ghana is well endowed with minerals, and would be used to turn the economic fortunes of the country around,” he stated.

“I will focus on business development. I have the experience to create jobs for the youth with my record of business life,” he added.

According to him, he is about to open a steel company that “will employ over 1,000 workers. It is named after Ashanti – “ASHANTI STEEL.”

He stressed, “I will run Ghana like a business, and unprecedented transformation will take place.”

He noted that his dreams may be shattered if corruption and its related menaces are not dealt with, promising to bring discipline to all sectors of the country.

“The menace of corruption, greed, and nepotism in Ghana was due to lack of discipline. The absence of discipline in the national life of Ghanaians was why corruption, nepotism and greed have developed deep roots in public life.

“Indiscipline is the reason for bribery, corruption, nepotism, greed, laziness and mediocrity. This must stop,” he noted.