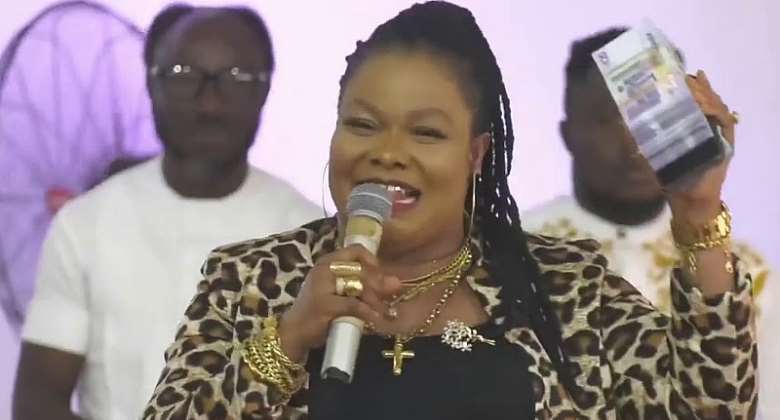 Evangelist Patricia Asiedu also known as Nana Agradaa, who was granted bail after being accused of money doubling scam was spotted in her church giving thanks to God.

According to the viral video, she was in a joyful mood on Sunday morning giving thanks to God for her release.

The Police arrested Patricia Asiedu following allegations of money doubling scam levelled against her by some members of the public.

The suspect has been released on bail.