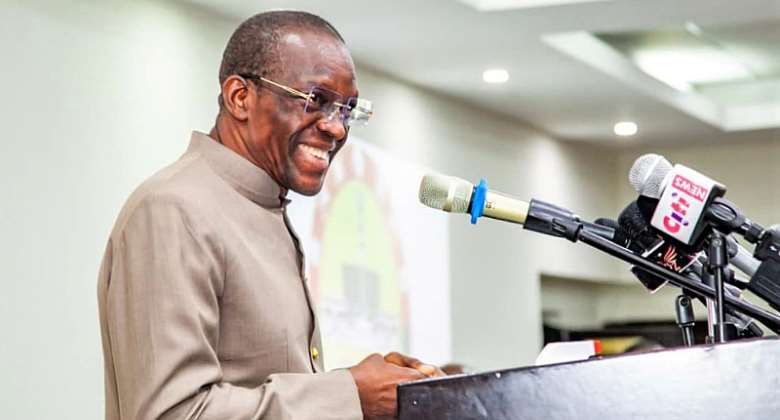 Mr Alban Bagbin, Speaker of Parliament, says a pre-budget huddling is essential for purposes of deeper understanding, consultation and compromise for Members of Parliament (MPs).

He said the purpose would underscore the urgency for the passage of the Budget Act by Parliament and MPs would better be able to comprehend the themes covered during the post-budget workshop if they conferred with the relevant ministries in advance and were part and parcel of the agenda setting.

He said: “This will give MPs notice of underpinnings of the Budget, thus providing a solid foundation during the debate and a better monitoring and evaluation basis of policies and programmes of government.”

Mr Bagbin said this when he addressed MPs at the opening of the 2023 two-day Post-Budget Workshop underway in Ho in the Volta Region.

The annual Post-Budget Workshop has the primary goal of equipping MPs and Senior Officers of the Parliamentary Service with the skills required for scrutinising the Budget and Economic Policy of the Executive arm of government for the 2023 fiscal year.

It also had the objective of offering MPs the opportunity of a deeper appreciation of the 2022 Budget and Economic Policy of the government.

The key expected outcomes would be quality deliberations of the statement on the floor of the House in the ensuing day’s relevant legislation and the ultimate Appropriation Act for the 2023 financial year.

According to Mr Bagbin, in the current global village, trends, data and evidence guided policy and decision-making.

“Honourable Members, when reliable information, analytical tools, and supporting evidence are presented in advance, members will have a better understanding of the issues and debate the budget more competently as representatives of their people.

“Consequently, if a post-budget workshop like this one is critical, then a pre-budget huddling of some sort is also essential for purposes of deeper understanding, consultation and compromise,” he said.

To that end, Mr Bagbin noted that the establishment of the Budget and Fiscal analysis department in Parliament would be essential in supporting MPs in the performance of oversight functions, adding that effective oversight generated momentum towards sustainable development through revised and enhanced legislation policy.

Mr Haruna Iddrisu, Minority Leader, bemoaned the freeze on civil and public-sector employment, saying it would worsen the unemployment situation in the country.

He, therefore, asked the government to consider the number of youths that risked the tendency of becoming jobless as against the existing unemployment.

The government in its 2023 Budget and Statement and Economic Policy presentation to Parliament on Thursday, November 24, announced a freeze on hiring into the public and civil service effective January 2023 as part of cabinet directives for expenditure rationalisation.

However, Mr Iddrisu disagreed and described the 2023 Budget as an indication of the highly distressed state of the country.

“Mr Speaker, Ghana's economy and as I listened to the Honourable Minister of Finance, the 2023 budget statement is replete with evidence that government is simply broke and the economy is in crisis. An economy under life support that needs some resuscitation,” he said.

According to him, some of the interventions the government was seeking to make including the capping of enrollment of nursing and teacher trainees and the reduction of the size of convoys could rather worsen the state of the economy.

On his part, Mr Osei Kyei-Mensah-Bonsu, Majority Leader, said external shocks and the depreciation of the cedi had been major contributing factors to the current economic hardships that the 2023 Budget sought to address.

“These (COVID-19 and Russian-Ukraine war) have created internal and external imbalances in the economic woes; high inflation and unsustainable financing of the current economic deficit and rapid depreciation of the cedi.

“Suddenly, these variables have brought a lot of hardships to the citizenry, particularly the poor and vulnerable,” he said.

He explained that the budget intended to alleviate the plight of Ghanaians through increased spending on social protection.

Mr Ken Ofori-Atta, Minister for Finance called for a partnership that would get the economy thriving.

By Article 179 of the 1992 Constitution and section 21 of the Public Financial Management Act, 2016 (Act 921) the Mr Ofori-Atta, Minister for Finance on behalf of President Nana Addo Dankwa Akufo-Addo, presented the 2023 Annual Budget Statement and Economic Policy of Government to Parliament on Thursday, November 24.

It also featured updates on Ghana's engagement with the International Monetary Fund (IMF) for an IMF-supported Programme; year-to-date macro-fiscal performance of the economy; the YouStart initiative under the Ghana CARES Programme; climate action strategies; fiscal measures and debt management strategies to ensure fiscal and debt sustainability and promote growth.

Among the topics discussed by resourced persons at the two-day workshop included Policy Underpinnings of the 2023 budget-General Analysis of the Budget; Overview of the 2023 Budget- Macro Economic and Fiscal Management; What to consider in Analysing the 2023 Sectoral Budgets; Employment Generation and the 2023 Budget; and Revenue Mobilisation and Debt sustainability.