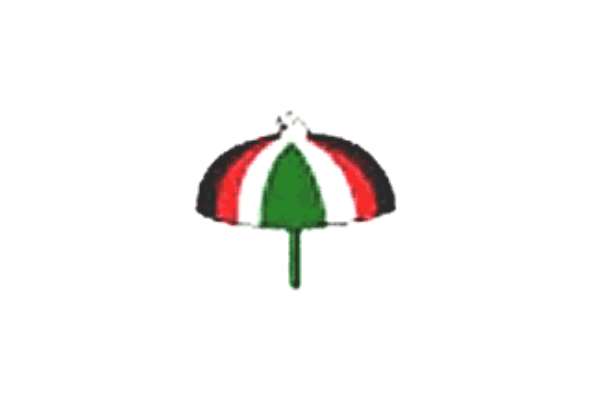 Distinguished ladies and gentlemen of the Media,

On behalf of the NDC, I wish to thank you very much for your prompt response to the invitation to attend this press conference.

The NDC has reason to be concerned about certain developments on the national scene that not only threaten the very stability of our democracy but also raise serious concerns about the commitment of the NPP government to the principle of the rule of law and the pursuit of constitutional governance.

Ladies and Gentlemen, let us draw your attention to president Kufuor's statement at Abofour in the run up to the recent bye election in Offinso South, in which he implied that the NDC was planning a coup d'etat and that he had intelligence information that the former President was seeking financial assistance from an oil rich country to overthrow his government.

Earlier on, a publication in the leading pro-NPP newspaper, Daily Guide, (18th October- with the headline: Still in Tears- Elections Rigged- NDC Cries In London), had set the stage by putting out a fabricated story that the NDC General Secretary, who was the leader of the partyʼs delegation to the Labour Party Conference in Manchester, was booed by delegates at the conference for stating that the NPP had rigged the 2004 elections and was therefore in power illegitimately. This was calculated at creating the impression that the NDC was preparing the ground to justify a possible overthrow of the NPP government.

When the former President in his press conference demanded that President Kufour should make public the evidence he claimed he had on the alleged coup plot, the government machinery responded by setting in motion its usual diversionary machinery by organizing a press conference to talk about matters that were totally unrelated to the core issue.

In that press conference, Mr. Kwamena Bartels, the Minister of Information sought to push that wicked and diabolical agenda further by claiming that in an interview with a London based journalist, the former president had declared that there would be a coup in Ghana.

Ladies and Gentlemen, Nana Sifa Twum, the journalist in question, has since come out openly to deny ever having had any such interview with the former president during the visit.

Then last week, the Enquirer newspaper published excerpts of a secret military document exposing a planned attempt to crack down on a group of subversionists that were planning to overthrow the NPP government and make the announcement of this overthrow on Radio Gold.

What shocked us most was the subsequent admission of the Military hierarchy that the document was authentic and originated from them but was only meant for training purposes.

Now Ladies and Gentlemen, let us ponder over the following:

If the militaryʼs statement that the planned crack down was an exercise only meant for training within the military, why:

1. Will they choose Radio Gold, a private establishment located in a densely populated area like Lartebiokoshie?

2. Were the owners and workers of Radio Gold alerted about the impending exercise?

3. Was the President, the Commander in chief of the Ghana Armed Forces, privy to this exercise?

4. If so, when did he have that piece of information?

5. Was it before or after his Offinso speech?

6. If the President was not privy to the information, what do you think his reaction would be to any statement on a radio station announcing the overthrow of his government?

7. On the other hand, if he were privy to that information, and knowing fully well that such an exercise was going to be undertaken in a matter of days, what then was his objective when he declared in Offinso that the former president was about to stage a coup and that all patriotic Ghanaians should rise up and deal ruthlessly with him and his people when they hear of any such attempt?

8. Why the choice of Radio Gold, a station that the NPP government functionaries have repeatedly labelled as a pro NDC station?

Ladies and Gentlemen, we wish to state emphatically that these developments should not be viewed as mere unrelated coincidences. A cursory analysis of the above chronology of events will convince even a doubting Thomas that the NPP government is up to some mischief.

Ladies and Gentlemen, the NPP government, faced with a real prospect of losing power in a free, fair and democratically held election in 2008, is already planning the physical elimination of their political opponents. The real agenda is to use the announcement of the fake coup as a pretext to unleash assassins to eliminate key figures within the NDC as well as other critics of the government within the media.

A couple of examples in the recent past will buttress this assertion.

In June 2001, truck loads of armed security men were deployed to invade the residence of the former President in a suspected attempt to eliminate him. When the plan was exposed, the authorities came out with a cock and bull story that the troops had gone there to cause the arrest of an unarmed friend of the former president.

Just a few months ago, another intelligence report indicated that there were other plans to eliminate the former president. That same week, some armed men, trailed the convoy of President Rawlings all the way from Accra to Tefle. When as a result of a tip off, the security agencies at the Sogakope barrier confronted them and conducted a search, weapons and ammunitions were found in their vehicles. National Security soon came out with the lame explanation that the armed goons were operatives sent to protect the former president.

Ladies and Gentlemen of the media, the NDC wishes to assure the nation that we consider the 4th Republican Constitution and the consequent peaceful transition of power, the first ever transfer of power to an opposition party in the history of our country, as our greatest political legacy to this nation. We will therefore do everything in our power to protect this enviable legacy from the machinations of self seeking pretenders.

Meanwhile, we are calling on the good people of Ghana to hold the NPP government responsible should anything untoward happen to any of the leading figures of our party and other perceived critical voices in the media.

We also wish to urge our supporters that we remain undeterred in the face of these threats on our lives as we prepare for our Congress in December to elect our flagbearer who surely will become the next President of this nation in January 2009.

Finally, we wish to assure all Ghanaians that within the next few days, we shall give a comprehensive response to the blatant lies and distortions peddled by the Minister of Information at his recent Press conference as part of the governmentʼs plan to divert attention from the grave security matters we have just brought to your notice.

Thank you very much and may the Lord continue to bless and protect us all.