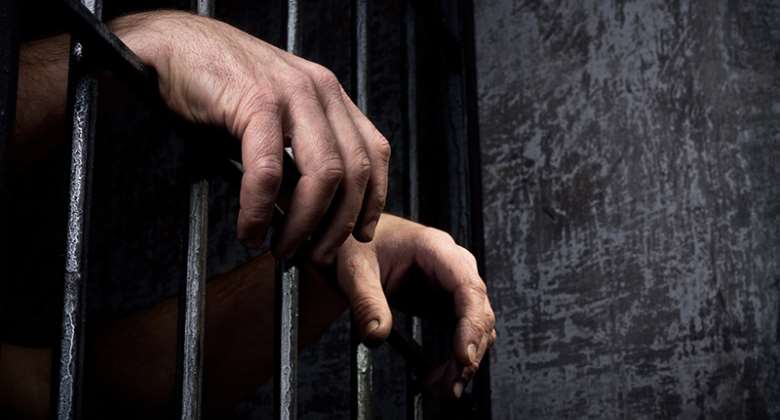 A National Security operative accused of robbing a gold company director of 5kg of gold worth GHS2.7 million has been remanded into police custody by an Accra Circuit court.

Kelvin Prince Boakye, aka Don King, has been charged with conspiracy to commit crime to wit robbery, robbery, and possession of unregistered Burni pistol loaded with three rounds of 9 mm ammunitions without authority.

Boakye, 48, has denied the various charges and expected to reappear on December 13, 2022, before the court presided over by Mrs Evelyn Asamoah.

The prosecution, led by Assistant Superintendent of Police (ASP) Maxwell Oppong, narrated that the complainant, name withheld, was the manageress of Wahid Gold Company Limited, Tesano.

It said the company dealt in gold and that the Managing Director, Mohammed Ko Chan Tha, was domiciled in Dubai.

It said the accused claimed to be a national security personnel and residing at Sowutuom, Accra.

The prosecution told the court that on November 5, this year, the complainant and other workers, who were witnesses in the case, went to buy 5kg of gold from the accused person's accomplices at the cost of GHS2.731,138.

It said the gold was taken to SSL Refinery at Kotoka International Airport Terminal two for testing.

The prosecution held that after the testing, it was confirmed to be pure gold.

It said the accused person's accomplices who were yet to be arrested lured the complainant to escort them to Accra Mall with the money.

On their way, the prosecution said the complainant called the Managing Director and one Emmanuel Amuzu, a worker who were with the gold at the refinery to inform them that she had handed over the money to the accused person's accomplices.

It said suddenly, Boakye and two others yet to be arrested armed with AK47 rifle went into the refinery and took the Managing Director, Mohammed Ko Chan Tha, Emmanuel Amuzu and other witnesses' hostage, beat them and robbed them of the 5kg gold.

The prosecutor said the CCTV installed at the refinery captured the accused person and his accomplices' act and that they escaped and went into hiding after the robbery.

On November 18, this year, Boakye was arrested at Awoshie.

The prosecution said when Boakye was searched, an unregistered Bruni pistol with one round of 9mm ammunitions and a gotta handset were retrieved from him.

During interrogations, Boakye mentioned five persons as his accomplices.

The prosecution said efforts were underway to apprehend Boakye's accomplices.