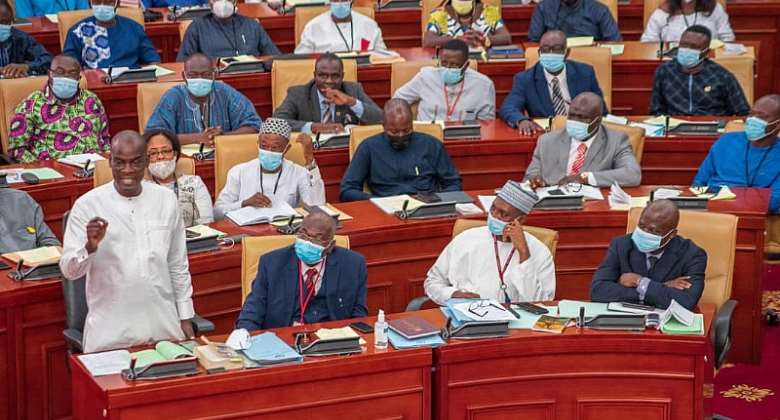 The Ghana Federation of Labour (GFL) has called on the minority side in Parliament to properly scrutinize the 2023 economic policy and budget with an eagle’s eye before approval.

Mr Abraham Koomson, Secretary General said “I expect parliament to ensure that they check diligently and scrutinize the budget before approving it instead of grossing over”.

Mr Koomson stated at the Ghana News Agency Tema Regional Office’s Industrial News Hub Boardroom Dialogue platform to analyse the budget and address other labour-related issues, which was monitored by the Communication for Development and Advocacy Consult (CDA Consult) in Tema.

Mr Koomson noted that labour would also study the budget and make its views known on its impact on the workers, business and the ordinary Ghanaian.

He stressed that there was the need for Members of Parliament especially the minority as the representatives of the citizenry to critically subject every part of the budget to the needed scrutiny before passing the appropriation law for its provisions to take effect from January 2023.

Speaking on the effects of the economic downturn on industry and implications for employees, Mr Koomson said job security is a threat to the general industry as it is adversely affected by the ever-increasing cost of doing business as a result of the growing high inflation and the rapidly declining value of the Cedi.

He said the Federation has undertaken to engage employers who are in dire straits and contemplating shut-down completely or downsizing the workforce to protect investments.

He said GFL is concerned about the imminent massive job losses and the adverse impact on the economy, stressing under the circumstances “we appeal to the government for urgent interventions”.

Mr Koomson noted undoubtedly intervention by the government would go a long way to consolidate the laudable policies, sustain, and expand employment.

In accordance with Article 179 of the 1992 Constitution and section 21 of the Public Financial Management Act, 2016 (Act 921) Mr Ken Ofori Atta, the Minister of Finance, on behalf of the President, lay before Parliament the 2023 Annual Budget Statement and Economic Policy of Government.

The 2023 Budget focus on Government’s strategies to restore and stabilize the macro economy, build resilience, and promote inclusive growth and value creation.

The Minister also updated Parliament on Ghana’s engagement with the International Monetary Fund (IMF) for an IMF-supported Programme; year-to-date macro-fiscal performance of the economy.

It also focused on the YouStart initiative under the Ghana CARES Programme; climate action strategies; fiscal measures and debt management strategies to ensure fiscal and debt sustainability and promote growth.