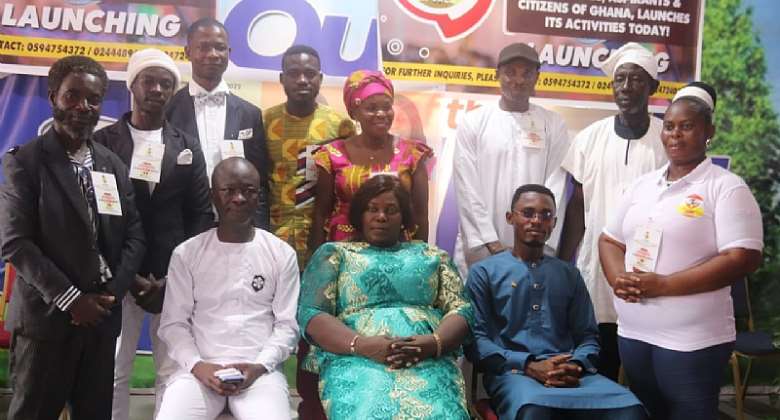 Group picture of members of APCACG and Mr. William Boadi (in blue khaftan) at the launch

Political leaders have been challenged to empower citizens per their campaign promises made during electioneering years instead of continuing to impoverish them.

They have, also, been charged to respect the trust of ordinary Ghanaians.

Executive Director of Educate Africa Institute, William Boadi made the call at the official launch of the Association of Parliamentary Candidates, Aspirants and Citizens of Ghana (APCACG), a civil society group that seeks to fight for the needs of ordinary citizens.

He indicated that political leaders keep impoverishing Ghanaians because the country lacks development policy that would put successive governments in check as far as their campaign manifestos are concerned.

"I must say that we do not need party manifestos but rather a national policy that would spearhead and be a guideline in terms of the country's development agenda. This is because citizens becomes the victims whenever there is a change in power because the new administration forgo the projects of its predecessor to start a new one," Mr. Boadi emphasised.

The President of APCACG, Apostle Augustine Yaw Sarpong Kumankumah-Darkwah who narrated the motive behind the formation of the Association said they are committed to ensuring that Ghanaians benefit from the national cake no matter one's geographical location or tribal affiliation.

Meanwhile, the Vice President, Mrs. Prophetess Rita Henyo Demetor on her part stressed the Association will also focus on women empowerment and community development programs to empower their lives.

She complained that most women are impoverished and that has had a negative impact on their livelihood and therefore called on women to come on board and take advantage of opportunities that may come up from the many interventions leadership is going to implement.

Election violence in Nigeria's south east is threatening to ...
15 minutes ago