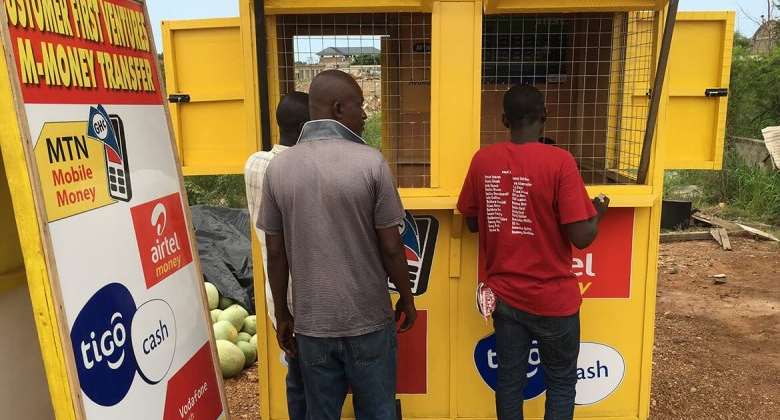 Some residents of Cape Coast in the Central Region have met the review of the Electronic Transaction Levy (E-Levy) with regret and reiterated calls on government to scrap the policy completely.

The proposed review of the revenue collection policy, they lamented, could not alleviate their hardships in the already wobbling economy.

The E-Levy, a 1.5 per cent deduction of selected electronic transactions with a 100-Cedi daily threshold, was introduced by the government in 2022 as part of measures to shore up revenue.

The fiscal measure has, however, failed to live up to expectations as it is accruing far less than the projected revenue.

In view of this, Finance Minister Ken Ofori-Atta, while presenting the 2023 budget in Parliament on Thursday, November 24, announced a reduction in the rate of the policy from 1.5 per cent to one per cent without the threshold.

The review, among other fiscal and austerity measures, is targeted at salvaging the country's southbound economy.

This means that subject to approval by Parliament, Ghanaians will pay E-Levy of one per cent on all affected forms of transactions despite the amount involved.

Speaking to some citizens on the development, they expressed disappointment at the policy and questioned the sensitivity of government to their plights.

Madam Abigail Mensah, a trader at the Kotokuraba Market, said she did not want the policy in any form and that it must be scrapped off immediately.

“Already, we can barely afford to feed ourselves and our families and the best government can do is to push us off the cliff with taxes?” she queried with a visibly livid expression.

Comparing the E-levy in its current form to the proposed review, Madam Lordina Ackah, also a trader, preferred it to be left untouched because the percentage removed was an insult.

In an interesting twist, another market woman, Madam Gertrude Dadzie who also called for the levy to be scrapped, suggesting that the government found better means of easing the plight of Ghanaians.

A taxi driver, Mr Francis Awotwe, called on the government to cancel the E-Levy and bring back the tollbooths.

Lamenting the hardship in the economy, he said he made nothing from his taxi business because every money he made went into buying fuel.

“I buy a gallon of petrol for more than 80 Cedis and I do not make up to 300 Cedis in a day. How much do I give my car owner and how much do I take home to cater for my family?” he retorted.

“In spite of this, the government still wants to take away the small money I send to my poor old mother in the village.”

Meanwhile, some mobile money vendors have said the development would collapse their businesses even further.

Mr Nii Armah Tagoe indicated to the Ghana News Agency that his average daily profit of 80 Cedis had dropped to 20 Cedis since the introduction of the levy.

He said even though transactions conducted were not affected by E-Levy, customers' activities had dropped significantly due to the lack of proper education on the policy.

“We have not made any profit since the E-Levy came and the trend now is that many people no more do withdrawals and deposits than money transfer.

“The review is worse, and it is going to kill us more,” he added.

Another vendor, Mr Ahmed Yussif, said he did not expect any significant effect on his business, adding that the impact, if any, would be felt after a month.

Election violence in Nigeria's south east is threatening to ...
55 minutes ago