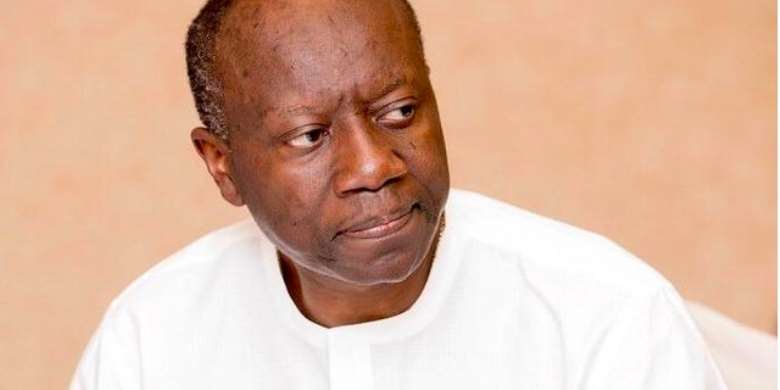 Mr Ofori-Atta said the fiscal deficit for the period was financed mainly from domestic sources amounting to GH¢37,491 million (6.3% of GDP), accounting for 85.2 per cent of the total financing.

Foreign financing for the period amounted to GH¢6,531 million (1.1% of GDP) and accounted for the remaining 14.8 percent of the financing, he indicated.

The outturn for total revenue and grants represents a shortfall of 2.8 per cent compared to the period’s target and year-on-year growth of 33.2 per cent, Mr Ofori-Atta explained.

He said the shortfall in revenue stemmed from the “less robust” performance recorded in all the revenue handles for the period.

The outturn, however, represents a year-on-year growth of 34.0 per cent and constituted 98.8 per cent of total revenue and grants, he mentioned.

The wage bill constituted 91.3 per cent of the total compensation and amounted to GH¢24,734 million.